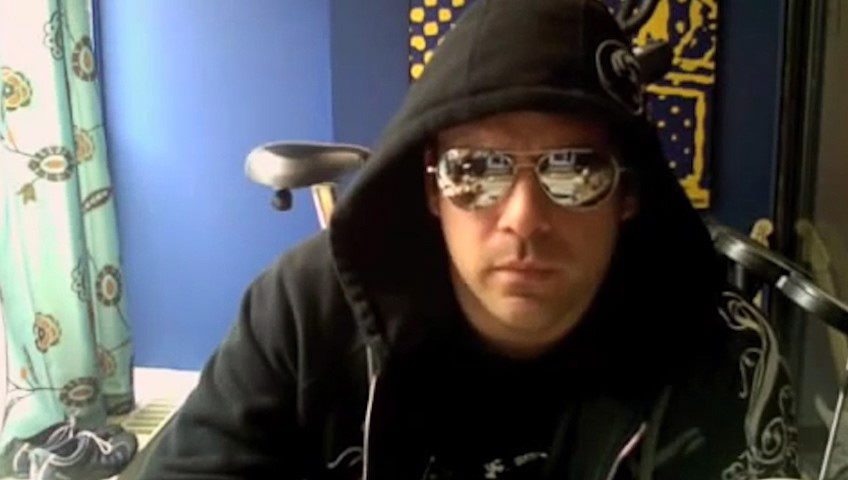 A man identified as Tim Dutaud is shown in a screengrab from a YouTube video. (THE CANADIAN PRESS/HO)

Here is a list of candidates and party officials who have made headlines during the federal election campaign because of various gaffes.

Aug. 7 -- The Conservatives showed the door to candidate Augustin Ali Kitoko in Montreal's Hochelaga riding after he shared an album of photos from Mulcair's Facebook page.

Aug. 10 -- Morgan Wheeldon, an NDP candidate in Nova Scotia's Kings-Hants riding, was forced to resign after suggesting in a 2014 Facebook post that Israel was engaged in "ethnic cleansing."

Aug. 18 -- Liberal Ala Buzreba dropped out of the race in Alberta's Calgary Nose Hill riding after four-year-old tweets surfaced of her telling someone they should have been aborted with a coat hanger and another to "go blow your brains out." She apologized for the comments.

Aug. 21 -- Conservative candidate Gilles Guibord was forced to resign from the race in Montreal's Rosemont--La-Petite-Patrie riding over sexist comments he allegedly made in online comments section of the Journal de Montreal newspaper.

Aug. 24 -- Conservative candidate Wiliam Moughrabi in the Montreal riding of Ahuntsic-Cartierville had to erase online comments that were deemed violent and misogynist in nature. He did not step down.

Aug. 25 -- Soheil Eid, a Conservative candidate in Joliette, Que., apologized twice for a Facebook post that drew a parallel between the words of Mulcair and comments attributed to Joseph Goebbels, Hitler's infamous propaganda minister.

Late August -- VirJiny Provost, a young Bloc Quebecois candidate in Megantic-L'Erable, embarrassed her party after a survey she answered came to light. Asked what she would need in the event of a nuclear attack, Provost wrote she'd bring "her cellphone, a penis and chips."

Sept. 7 -- The Conservatives dropped Toronto-Danforth candidate Tim Dutaud after he was found to have posted videos of himself making crank calls on YouTube -- in one, he posed as a mentally disabled man; in another, he feigned an orgasm.

Sept. 7 -- The Conservatives cut ties with Jerry Bance, who was running in Toronto's Scarborough Rouge Park riding, after he was caught on camera urinating into a coffee cup while he was an appliance repairman.

Sept. 8 -- Sue MacDonell, a board member for the Conservatives' Bay of Quinte Electoral District Association, was fired after she posted on Facebook that a Cree woman recently crowned Mrs. Universe was a monster and a "smug entitled Liberal pet."

Sept. 9 -- Shawn Dearn, the communications director for NDP Leader Tom Mulcair, apologized after two-year-old tweets surfaced in which he used an expletive in reference to Pope Benedict. Mulcair decided to keep Dearn on his team.

Sept. 10 -- Christopher Brown, a Liberal candidate in Peace River-Westlock in Alberta, apologized for tweets in 2009 that used profane language and included derogatory references to women. Brown said he had become an alcoholic at the time after his partner died in a car crash involving a drunk driver. Party Leader Justin Trudeau said he accepted Brown's apology.

Sept. 10 -- Joy Davies, who was running for Liberals in the B.C. riding of South Surrey-White Rock, left the campaign after her controversial Facebook posts about marijuana and cancer came to light.