Don Martin: Without a rebrand, the SNC smell will stick to the Liberals 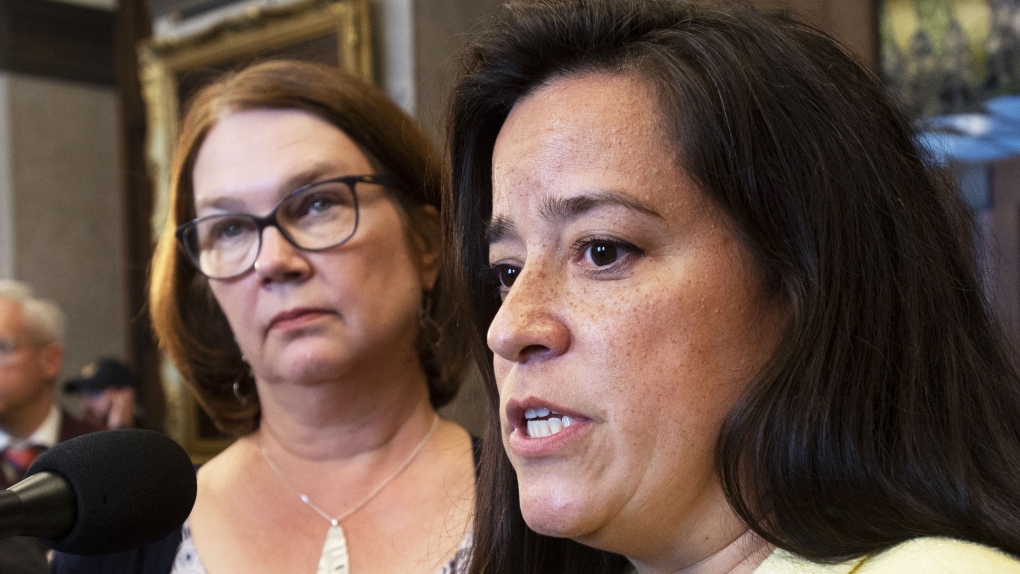 Independent Members of Parliament Jane Philpott and Jody Wilson-Raybould speak with the media before Question Period in the Foyer of the House of Commons in Ottawa, Wednesday April 3, 2019. THE CANADIAN PRESS/Adrian Wyld

And so, undoubtedly to the relief of a scandal-fatigued public outside of the parliamentary bubble, the SNC-Lavalin saga approaches the end of its two-month, non-stop news cycle.

With the leaks, hearings, firings, aftershock scrums, more leaks and the reflective thoughts of the ousted now complete, the revelations and reverberations are largely a spent force.

Unless the Trudeau government has an electoral death wish and actually frees SNC-Lavalin from criminal prosecution or the ethics commissioner finds wrongdoing, the news media goat, which requires daily feedings, will quickly run out of sustenance.

Now comes the political post mortems to see if the rank SNC smell sticks to Liberals like a mushy cow paddy misstep until the October election.

That sounds like a long way off, but if you want an indication of how badly this scandal appears to have rebranded Team Trudeau, the prime minister saw 47 red flags flapping yesterday in the House of Commons.

That was the number of young women who stood and turned their backs to Trudeau during his word salad speech to a Daughters of the Vote celebration.

Young, politically-astute women, many preparing to vote for the first time, are the chosen ones in Trudeau's demographic fan club. For them to openly signal political disgust is as brazen and bizarre as Fort McMurray oilsands workers throwing beer bottles at Andrew Scheer during a speech extoling the virtues of building pipelines in every direction.

The question, of course, is whether the opposition parties can capitalize on this to sway enough voters away from the Liberal fold to terminate this Trudeau's reign at one term.

The Conservatives and NDP were largely just gleeful bystanders to an SNC-Lavalin scandal as Liberals fired inwards from their circled wagons. Now it's their chance to showcase themselves in contrast to a government which has cast tall shadows over its dying rays of political sunshine.

The prime minister has been revealed as a leader who is just as control freakish over caucus and committee behavior as Stephen Harper on his worst chair-kicking day. His MPs have largely been unmasked as eager to put electoral self-interest over all other considerations.

Without a successful rebranding reset before the campaign starts, the Liberals could watch a lot more than a few dozen daughters voting for anybody else.