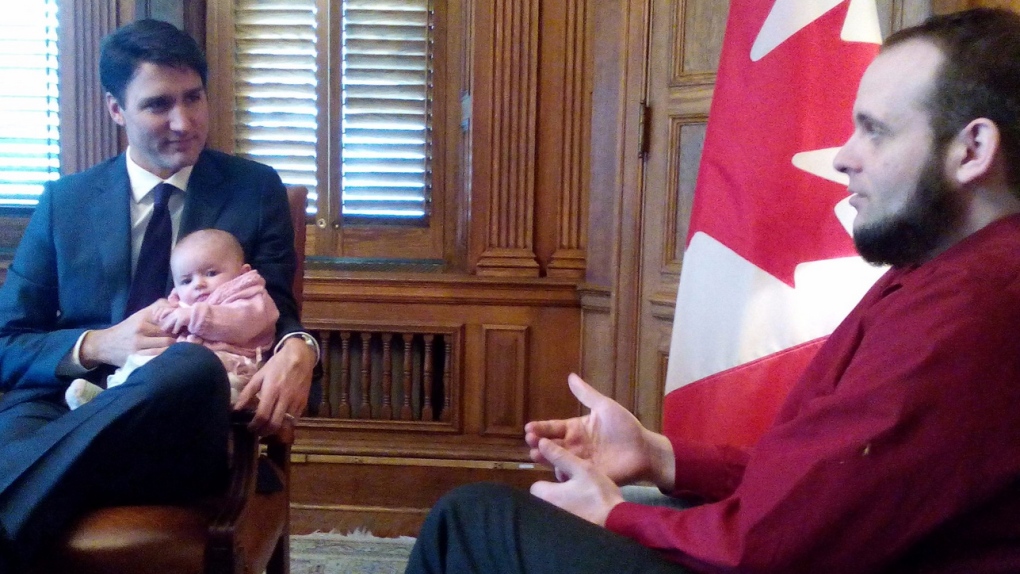 Every day like clockwork, even when he’s on vacation, the Prime Minister’s Office kicks out Justin Trudeau’s itinerary.

But back on December 18, the itinerary listed Trudeau’s attendance at the new chief justice’s swearing-in ceremony and a chat with Quebec civic politicians, but nothing about meeting with freed hostage Joshua Boyle and his family, whose five-year ordeal while held captive by Taliban-linked hostage-takers in Afghanistan ended in October.

It was a curious omission.

Welcoming a Canadian family released by an international rescue effort into the prime minister’s suite, with wide-eyed kids in tow on the eve of the Christmas break, is precisely the sort of warm and fuzzy photo-op Justin Trudeau’s staff would normally shamelessly promote.

But until the Joshua Boyle family tweeted about it, that meeting never officially happened.

That could signal political discomfort with a man who showed telltale early signs of being odd, bordering on bizarre.

But nobody is sure if it signalled awareness of police interest in the former hostage, which produced 15 serious charges this week ranging from sexual assault to unlawful confinement.

That’s because the prime minister’s staff will not squash that possibility, although it defies comprehension the meeting would’ve taken place had there been a whiff of what was to come. The PMO should issue a firm denial to kill any speculation they knew charges were pending.

On the bigger question of Trudeau meeting Boyle, assuming his office was in the dark about the looming charges, perhaps we should spare some pity for the prime minister.

Once Boyle requested a meeting, it would be difficult to say no without being seen as cold-heartedly rebuffing someone seeking to discuss his harrowing experience and express gratitude for his family’s rescue.

Even so, excuses should’ve been deployed in this particular case. A guy roaming dangerous territory with pregnant wife in tow; a guy once married to the jihad-supporting sister of Omar Khadr; a father who named his deceased daughter Martyr; a guy who won’t reveal why he rushed his wife to hospital days after their return - put those strange pieces together and you have the portrait of someone best avoided by any prime minister.

A picture is sometimes worth a thousand words.

In the cringe-worthy photo of Trudeau happily hanging out with Boyle last month, many of them are questions of bad judgment.