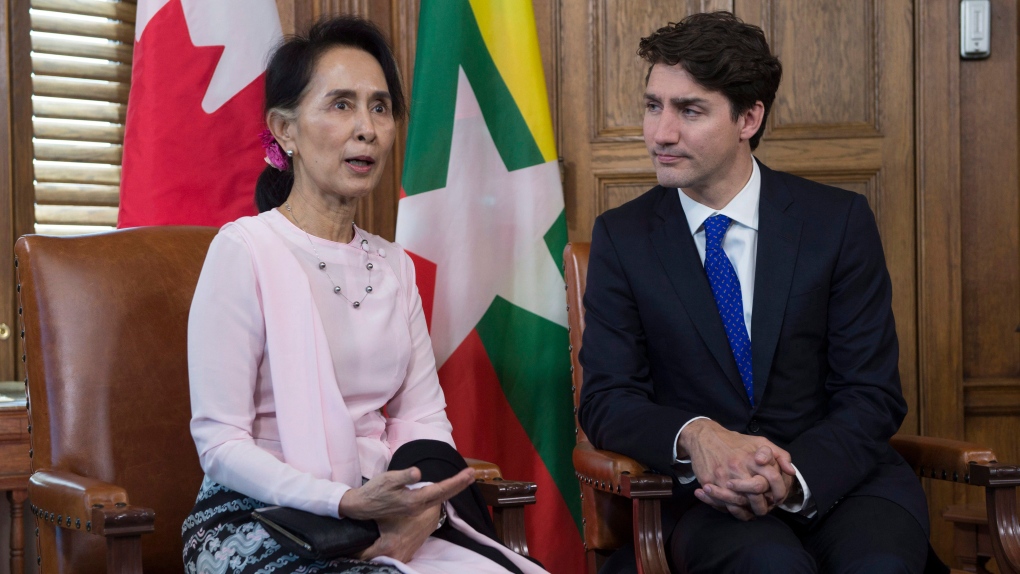 Over 7,000 Order of Canada decorations have been pinned on mostly-worthy recipients in the last 50 years. Over 90 Victoria Crosses have been given to Canadian soldiers for their supreme sacrifice. And 18 Stars of Military Valor have been awarded by Governors General for extreme bravery in battle.

But only six times in our history has anyone been bestowed with the title of honorary Canadian citizen.

It’s a very elite club whose members echo in the history books so loudly, they don’t need their full or formal names to resonate: Wallenberg, Mandela, Malala, Aga Khan and the Dalai Lama.

Something has gone seriously wrong with this globally-acclaimed peace-seeking human rights advocate, who emerged from prolonged house arrest to become her country’s political leader.

In a jaw-dropping betrayal of every principle she appeared to represent as a dissident, Suu Kyi is tolerating if not defending the ethnic cleansing of the Muslim minority in her country as a terrorism crackdown.

The raging destruction and random killing has prompted a refugee exodus as a quarter-million Muslims have fled the carnage being inflicted by an emboldened military in just the last two weeks.

Yet she stands mostly silent as a military she can’t control runs roughshod over innocent civilians.

Her political acquiescence in the face of this accelerating genocide is about as unCanadian as you can get, particularly under our refugee-welcoming prime minister.

Faced with overwhelming evidence of a slaughter shrugged off by Suu Kyi’s own limp excuses, Trudeau dispatched reporter questions this week with warm and fuzzy platitudes. He didn’t shame her, blame her or even name her as a participant in an ethic purge.

Myanmar isn’t a valuable trading partner which criticism might put at risk. And, to reduce this to a base political level, Suu Kyi’s citizenship was awarded under the Harper government so Trudeau would not be red-faced by a citizenship revocation.

But faced with no other tangible way to signal our condemnation of her passive stand against this Myanmar atrocity, Suu Kyi richly deserves a designation nobody has ever received before. She must become Canada’s only former honorary citizen.