Don Martin: Surely Kent Hehr has talked himself out of cabinet 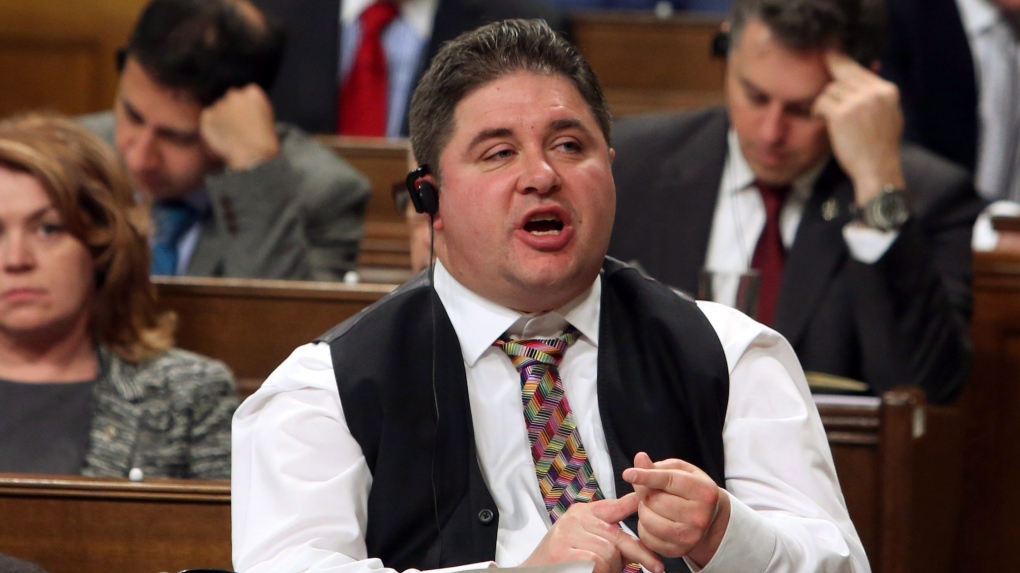 Disabilities Minister Kent Hehr is shown during Question Period in the House of Commons in Ottawa, Thursday, December 7, 2017. (Fred Chartrand / THE CANADIAN PRESS)

So three days after and Kent Hehr is still in cabinet.

That would be three days after the disabled minister of disabilities shrugged off victims with disabilities using some the coldest, crassest and frankly craziest language I’ve ever heard a politician utter.

To the survivors of Thalidomide, who looked to him for compassionate understanding, Hehr delivered an aloof jolt of insensitivity. This at a meeting set up to hear pleas for long-promised compensation from the 115 Canadian survivors, now in their late 50s who are starting to die off younger than the average Canadian.

That makes it unfathomable and unforgivable for Hehr to suggest, which he denies but Thalidomide survivors insist was accurately quoted and in context, that their shortened life expectancy was good for government because it would save money on lifetime payments.

A vivid imagination looking for justification would argue Hehr endured his own tragedy – the rising sports star was left paralyzed below the waist by a stray bullet – which gives him a different perspective on the disabled.

Thus his flippant ‘everybody has a sob story’ shrug is correct as a comparison to him.

But his tragedy was a fluke of street violence.

Theirs was a drug-induced deformity for which they can only blame a government which approved Thalidomide as a treatment for morning sickness in their mothers. Those victims, above so many others in the support-seeking lineup, deserve extra compensation and compassion.

At best Hehr's comments, which he doesn’t totally deny saying, betray a tin political ear. At worst it projects a stony-hearted attitude which renders him unfit to be the minister in charge of a portfolio where empathy for the suffering is a leading prerequisite.

For reasons that mystify, the usually hyper-sensitive Prime Minister's Office has yet to utter a peep by way of a response to this or another allegation made Thursday that Hehr used inflammatory language to belittle a plea from mothers denied sickness benefits on maternity leave.

We have clearly entered a political era of narrow linguistic tolerances, where events this week showed even an off-color joke with sexual overtones from one male MP is grounds for months of mediation and repeated apologies to the offended female MP.

But it doesn’t get any worse than mocking sick mothers or the victims of Thalidomide poisoning while serving as their supposed political champion.

Surely Kent Hehr has talked himself out of cabinet.