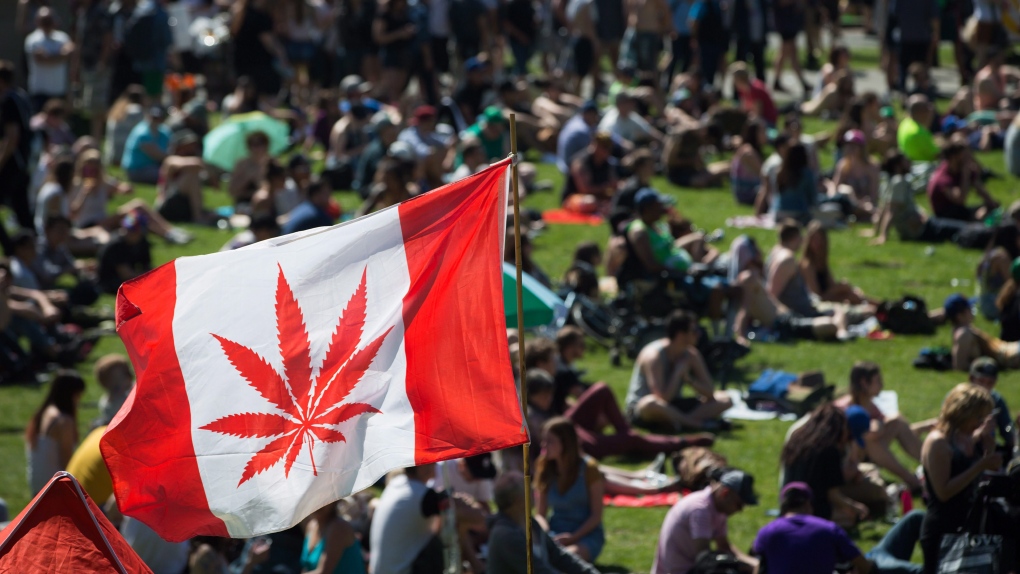 A marijuana flag flaps in the wind above the crowd at the annual 4-20 cannabis culture celebration at Sunset Beach in Vancouver, B.C., on Wednesday April 20, 2016. (Darryl Dyck / THE CANADIAN PRESS)

It's been four decades since two undercover cops ripped open the doors of my parked Rambler and busted all four of us for pot possession because they found some cannabis seeds in the ash tray.

At the time, we could never have imagined how many cops would retire with full pensions to join the marijuana growing and prescribing business while it was still a crime to possess the stuff.

Former police chiefs, deputy chiefs, solicitors general, even an RCMP commissioner have joined a stampede alongside former premiers and cabinet ministers to cash in on the dawn of legalized pot next July.

Hard-nosed, zero-tolerance former Toronto police chief and MP Julian Fantino is the latest joining the parade to spot greener grass across the fence in pro-cannabis pastures.

It's particularly curious because Fantino vowed he would never ever take a job in a business selling what he called, and I quote, "a mind-altering drug that causes impairments and like cigarettes is not healthy."

While it’s fine to have a change of heart and embrace cannabis common sense, the sheer volume of former police, who imposed criminalization on tens of thousands of kids, and politicians, who kept marijuana illegal, is unfathomably high.

Even former prime minister John Turner, who as justice minister in the early 1970s angrily rejected the Le Dain Commission call for decriminalization, was recently advocating for a huge pot production facility as a company director.

They're getting rich on a business they kept illegal, policed and prosecuted for decades after it should’ve been, at very least, decriminalized.

Meanwhile the low-level advocates who did the heavy lifting for the cause are still being busted and hauled into court.

Adding insult to injustice, they’re being denied a shot at the retail business their crusade helped create while big names load up on director fees and stock options in high-value marijuana companies on the cusp of a recreational pot-growing bonanza in eight months.

Their protests of suddenly finding religion in the value of marijuana ring as hollow as my protests that I had no idea how those seeds got in my car’s ash tray.

They haven’t seen the light. They've seen a pot of gold at the end of the legalization rainbow. And they know it’s a fortune worth chasing.