Don Martin: Pot penalties ahead of legalization could have long-term impact 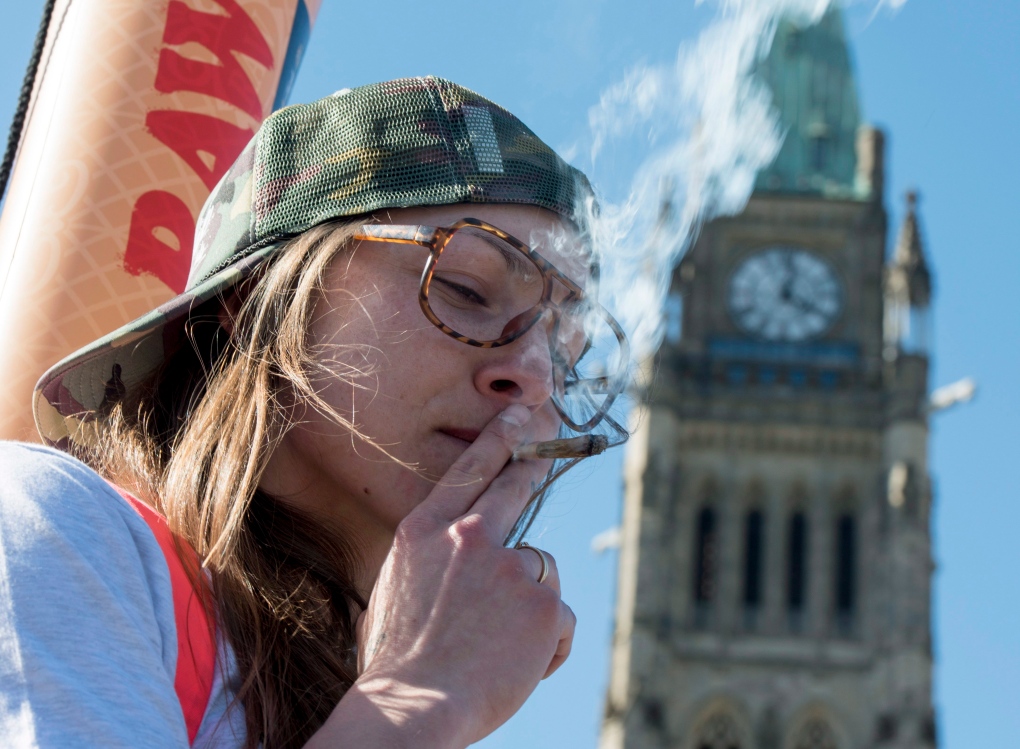 A woman smokes a joint during the annual 420 marijuana rally on Parliament Hill on Wednesday, April 20, 2016 in Ottawa. (Justin Tang / THE CANADIAN PRESS)

Way back in the mid-1970s, when the first Trudeau government was dealing with a commission advocating marijuana decriminalization, I was busted for simple possession of pot while waiting to enter a high school dance.

I tried to argue it wasn’t my dope, but nobody believed me – including the judge.

But after a valiant legal fight, he took pity on the journalist-wannabe and granted me an absolute discharge.

No criminal record should, in theory, equal no problem.

But that’s not how U.S. border security sees it. So it haunts me still.

Even now, four decades later, if I’m randomly selected for a more intense U.S. border check, the charge shows up and a steely-eyed border guard will warn me that, had I not been born in the U.S.A., I would be turned away and my vacation plans scrubbed.

After applying for a Nexus card last year, U.S. Homeland Security demanded more detailed documentation of a charge, which I must stress didn’t register as a conviction, which predated the Internet by ten years.

As this government begins the 15-month shift toward marijuana legalization amid continued criminalization, thousands of kids will soon become collateral damage because they believe the law is in limbo.

The raging misperception is that smoking a joint today is akin to bring caught drinking booze in public because it’s almost legal. Except it’s not.

Anyone smoking up who has the bad luck to cross paths with a prickly cop can be charged and convicted of possession, which saddles them with the life-long job application and international travelling consequences of a criminal record.

And it will be predominantly youth pot smokers who will be charged. They don’t have homes to shield them from the eyes of police who have a duty to enforce laws being openly broken.

A federal justice minister who is watching hundreds of hard core criminals getting off for want of a speedy trial must wipe cannabis criminalization off the overcrowded court docket once her legalization bill is introduced in mid-April.

Even law and order types believe it should be decriminalized as a ticketable offense.

If that doesn’t happen, too many kids will find out the way I did that merely being charged with possessing a soon-to-be-legal drug carries a life sentence at the U.S. border. Even if it’s not their pot.