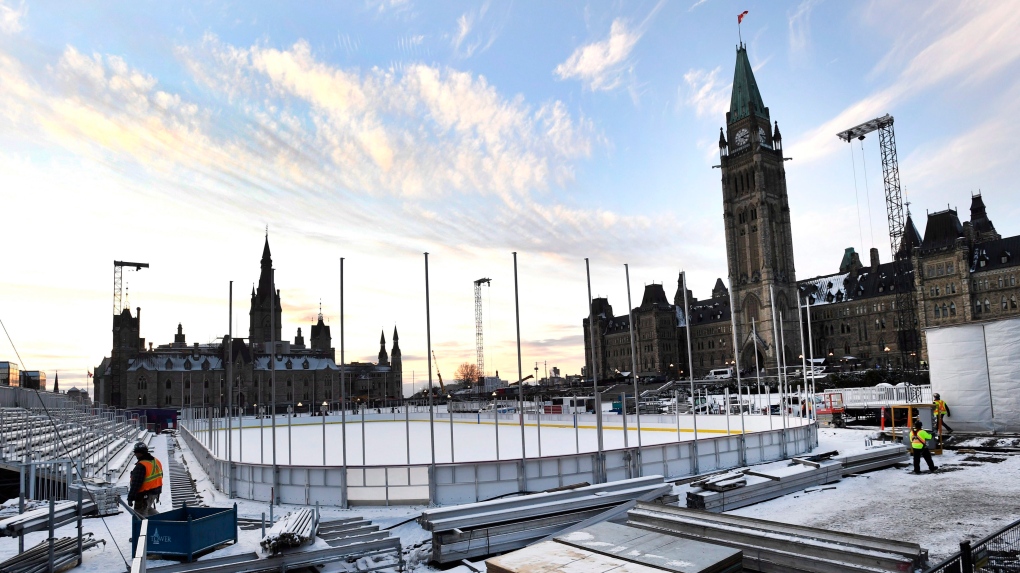 It’s been 25 years since a politician named Stockwell Day held up a loonie at his swearing in as Alberta finance minister and declared he would never forget each one was soaked with the sweat of a taxpayer and must be spent carefully.

It was corny as hell and his eventual claim to fame was becoming the king of jet-ski and karate-kick photo ops before he imploded as Canadian Alliance leader, but it’s a pledge of frugality you don’t hear around Ottawa these days.

For proof, look no further than the $5.6-million ice rink on Parliament Hill, which was extended from 24 to 83 days of operation this afternoon as public backlash started to grow. That’s $67,500 each and every day before it’s unplugged and allowed to melt away, killing off a big chunk of Parliament Hill turf in the process.

It could’ve been sold as a unique Ottawa experience - except we’re two blocks from the world’s largest skating rink on the Rideau Canal and another larger artificial ice surface just over there at city hall.

Just across the road from Parliament Hill, to illustrate that this government’s wasteful ways are contagious, a Canada Post building under renovation received $550,000 in colorful construction wrapping and, right beside it, there’s an innocuous $2.1 million mini-monument to the Stanley Cup.

In typical bureaucratic fashion, they’re anticipating such a surge in the rink’s popularity they will issue skating passes two days in advance for 45-minute shifts. Skaters have to arrive an hour in advance - and don’t even think about bringing hockey sticks or listening to music during your skate.

This does two things – prevents people from spontaneously lacing up for a few laps. And it raises the spectre of government workers with stopwatches filling and emptying the ice surface every hour.

Prime Minister Justin Trudeau no doubt envisions a skate with his family back-dropped by the lit-up Parliament buildings as a perfect holiday photo-op, all of it breathlessly covered by a gaggle of television cameras.

But he might want to reconsider putting his face to these lousy optics.

For the 99.999 per cent of Canadian taxpayers who will never put a blade to this ice, it’s a teeth-grinding waste of tax dollars, adding to a deficit our grandchildren will have to pay.

On a Canada 150th that’s been unfortunately short on euphoric celebrations, this is the pointless icing on a bland birthday cake.

And that’s the Last Word…