Don Martin: It’s a charade, but question period is the only answer 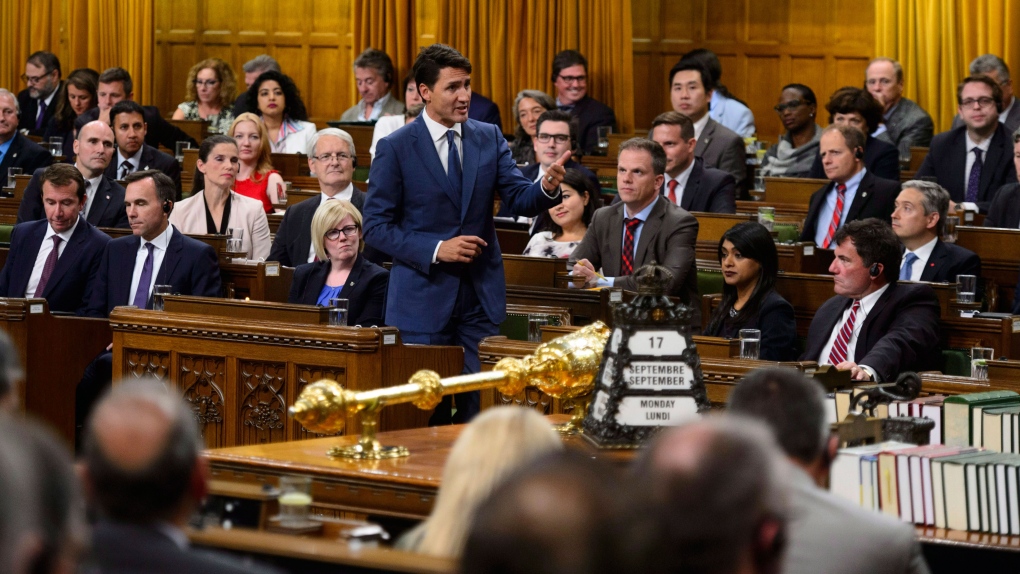 Today was the 13th question period in the House of Commons this month. Prime Minister Justin Trudeau has attended just three of them, only one being on a Wednesday when he dances around every opposition query.

Mind you, Official Opposition Leader Andrew Scheer hasn't exactly earned a gold star for House attendance. He's only made five appearances this month. All this while newly-elected NDP leader Jagmeet Singh struggles daily to prove his verbal dexterity by dancing with a ghost, indignantly assailing a prime minister usually represented by an empty seat.

The public could be forgiven for giving this absurd theatre the same level of respect and commitment as the two major party leaders.

It has become a charade of staff-crafted questions clashing with well-rehearsed non-answers, which are put down on paper lest a $250,000 a year cabinet minister is unable to memorize even the simplest two-sentence response.

The public rightly views it as a desk-thumping spectacle devoid of spontaneity, making no pretense of conveying useful information and missing any congenial banter.

Still, while far closer to a theatre of the absurd than approximating a great debate, question period remains the only encounter of political accountability between the government and opposition forces.

And there is precedent that attendance can become an issue, particularly in an election year.

Lest we forget that signature moment in the 2011 election debate when then-leader Jack Layton admonished out then-Liberal leader Michael Ignatieff for missing 70 per cent of the Commons votes.

It scored a devastating hit and was credited for helping sink the Liberals to third place status.

If House attendance can be made to matter this fall, that task will fall to Green Party leader Elizabeth May. Her devotion to being in the Commons at every opportunity falls somewhere between a fixation and fanaticism.

Of course, being out in the real world may well be a better use of a leader's election-year schedule.

But until there's a better way to crank the thumb screws on government accountability and put the onus for doing that on opposition forces, question period is the only answer.