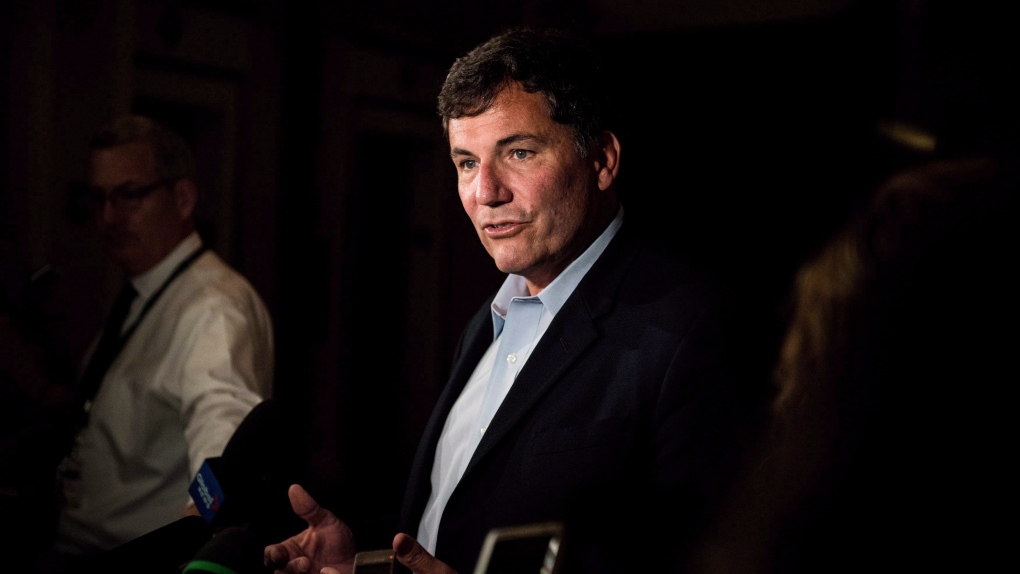 OTTAWA -- Democratic Institutions may be gone as a separate ministry in Justin Trudeau's cabinet but the issues it dealt with have not been forgotten.

They'll be handled by Dominic LeBlanc, who sits in cabinet as president of the Queen's Privy Council for Canada.

That's just one of the details about the prime minister's new cabinet that are starting to become clear after Wednesday's swearing-in ceremony, which left onlookers wondering what exactly some ministers will be doing.

More details will emerge when Trudeau eventually releases the mandate letters he's written to each of his 36 ministers. But some additional information about the structure of cabinet and the roles of various ministers is already starting to dribble out.

For instance, it's now clear that the prime minister has bowed to pressure to ensure closer political involvement in the operation of regional development agencies -- although not quite in the way many Liberals had hoped.

Traditionally, various regional ministers have been assigned responsibility for each of the six agencies across the country. But during his first mandate, Trudeau abandoned that approach and consolidated responsibility for them all under one minister, Innovation Minister Navdeep Bains.

That led to considerable controversy and snide jokes about having a minister from Toronto responsible for the Atlantic Canada Opportunities Agency or Western Economic Diversification Canada. Many Liberals had hoped Trudeau would revert to having each agency overseen by a separate, regionally-appropriate minister.

But on Wednesday, Trudeau stuck with having a single minister responsible for all six agencies, although he changed the minister in charge to Montrealer Melanie Joly, who was named economic development minister.

On Thursday, however, Joly revealed that's not the end of the story. Trudeau will appoint six parliamentary secretaries, a Liberal MP from each region for each agency, to work with her.

"We need to be more connected to our regions, specifically in Quebec and across the country, and I'm really happy to be in charge of Economic Development, including the regional economic development agencies," she said on her way into the first meeting of the new cabinet.

"I'll be having six parliamentary secretaries because we need to tell Quebecers and Canadians that we've got their back."

LeBlanc's role in cabinet was one of the murkiest since no one was clear what president of the Queen's Privy Council of Canada meant. And, since he recently underwent stem cell treatment after rounds of chemotherapy for cancer, it was widely assumed that the position was a way to hold a place for LeBlanc at the cabinet table until his health recovers sufficiently to give him greater responsibilities.

Turns out, he'll be plenty busy as it is, according to government officials.

He will be chairman of the new cabinet operations committee, which officials describe as "the nerve centre" for ensuring the government's priorities stay on track in the new minority environment, where every initiative will require the support of at least one opposition party to pass.

He will also be responsible for "supporting our public institutions," including engagement with the more independent, less-partisan Senate, which may be more inclined to flex its muscles now that the Liberals hold only a minority of seats in the House of Commons.

And he'll be in charge of all the files that used to occupy the minister of democratic institutions.

Those include determining whether to follow through on Trudeau's threat to regulate social media giants if they don't voluntarily take sufficient action to stem the tide of disinformation and hate intended to influence election outcomes and undermine public trust in the democratic process.

If the government does follow through, LeBlanc will be in charge of determining how best to go about that, while minimizing the risk of censorship.

His files will also include a review of how the most recent reforms to elections law worked out during the fall campaign and determining what more may need to be done to combat disinformation and cyberthreats and to maintain a level playing field.

Among other things, there has been criticism that the reforms did little to stop the operation of so-called third parties or advocacy groups from spending gobs of money from undisclosed sources to shill for one political party and smear others, often by peddling false information.

This report by The Canadian Press was first published Nov. 22.