DND warned of 'dangerous and unsafe' electrical on HMCS Protecteur 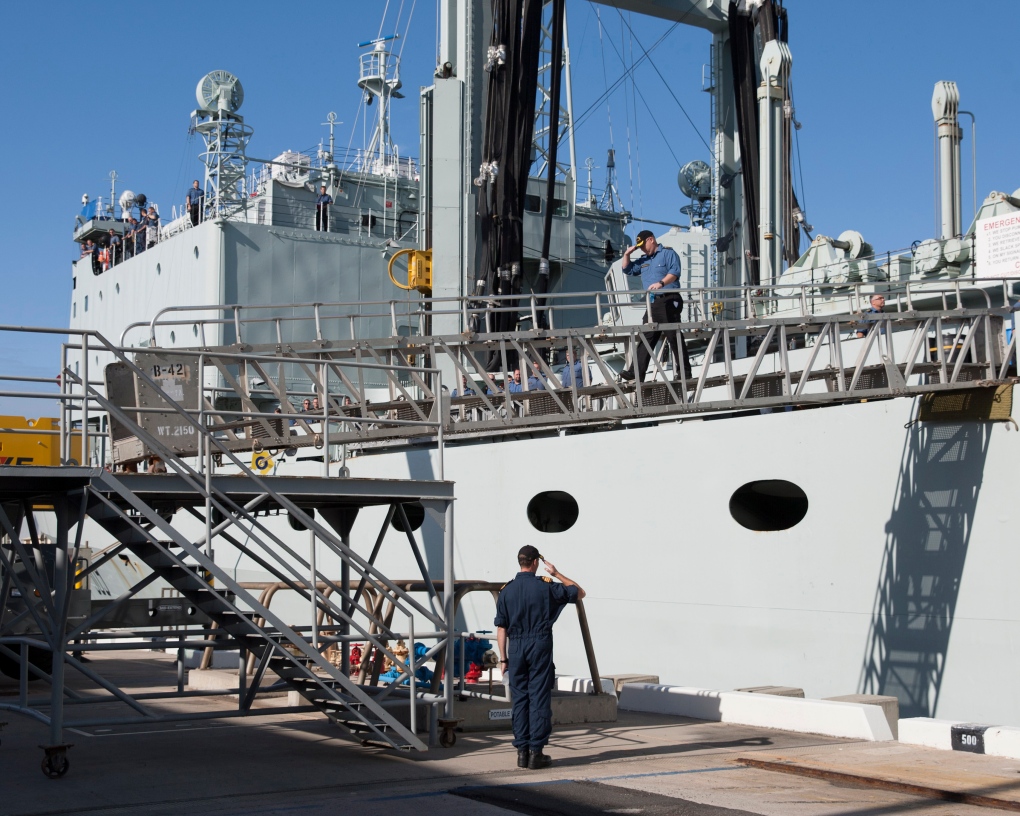 OTTAWA - National Defence was warned a year before the devastating fire aboard HMCS Protecteur that the electrical system, main engine controls and navigation system aboard both of the navy's supply ships were on their last legs and prone to catastrophic failure.

The unusually blunt assessment was contained in a four-page confidential briefing note prepared by the former head of the navy as he was about to retire last year.

The briefing note, penned by former vice-admiral Paul Maddison, was prepared as the Harper government debated whether long-promised replacement vessels would take priority at the assigned shipyard in Vancouver -- or a new coast guard heavy icebreaker.

Maddison noted that the power generators were showing their age and that replacement parts were no longer available for both Protecteur and her sister ship HMCS Preserver.

There had been failures of the turbo generators that caused ship-wide blackouts and loss of propulsion, creating "a potentially dangerous and unsafe situation for the ship and crew."

The navy has refused to say what caused the Feb. 27 fire aboard Protecteur, which left the ship powerless and adrift off Hawaii.