The Conservative government appears to be paying the price for a year plagued by scandal. According to a new CTV News/Ipsos Reid poll, soft approval of the Tories is slipping, down four points from last year on a key question.

The main question in the poll was: "Do you agree the majority government in Ottawa is working well?"

Forty percent of respondents said "yes," and that support was down four percentage points from last year. The other respondents, 60 per cent, said "no," the government is not working well.

It's a modest slide, but still significant as federal parties gear up for a campaign-style year for the next federal election, now less than two years away.

There's fresh leadership at the helm of the Liberals and NDP since the last federal election in the spring of 2011, while Harper has been in the Prime Minister’s office since 2006 and will be leading his fourth major political campaign in a decade.

"What we're seeing with the Tory brand is, it's starting to get a little tattered on this issue of spending taxpayers' money wisely," says Darrell Bricker of Ipsos Reid.

Harper's biggest threat is a revived Liberal brand under the new leadership of Justin Trudeau.

Voters are still skeptical of Trudeau’s untested leadership and only 39 per cent think he is "ready to be Prime Minister." However, the Liberal brand gets some stronger support in the abstract:

In December 2012, before Justin Trudeau was voted into the Liberal leadership, just 56 per cent of Canadians ‘agreed’ (13 per cent strongly/44 per cent somewhat) that "the Liberal Party will someday return to power as Canada’s government."

This year, with Trudeau leading the Grits since mid-April, now a full 70 per cent 'agree' (21 per cent strongly/49 per cent somewhat) that the Liberals will someday return to the government benches.

On head-to-head comparisons of party leadership on the economy, which Harper has made a cornerstone of his government, the Conservatives still have an edge.

Other questions in the poll:

Values when it comes to where Canada should be headed

48 per cent who ‘agree’ (12 per cent strongly/36 per cent somewhat) that they share Justin Trudeau and the Liberals’ values.

Four in ten (43 per cent ) Canadians ‘agree’ (9 per cent strongly/34 per cent somewhat) that ‘Prime Minister Harper’s approach to politics has been good for Canada’, down 1 point from last year.

A majority (56 per cent ), however, ‘disagree’ (27 per cent strongly/30 per cent somewhat) that his approach has been good for Canada.

Methodology: These are some of the findings of an Ipsos Reid poll conducted between December 9th to 13th, 2013, on behalf of CTV News. For this survey, a sample of 2,535 Canadians from Ipsos' Canadian online panel was interviewed online. Weighting was then employed to balance demographics to ensure that the sample's composition reflects that of the adult population according to Census data and to provide results intended to approximate the sample universe. The precision of Ipsos online polls is measured using a credibility interval. In this case the poll is accurate to +/- 2.2 percentage points of the entire Canadian adult population. All sample surveys and polls may be subject to other sources of error, including, but not limited to coverage error, and measurement error. 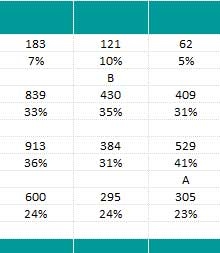 Open the PDF to read questions in political poll by Ipsos Reid for CTV News.