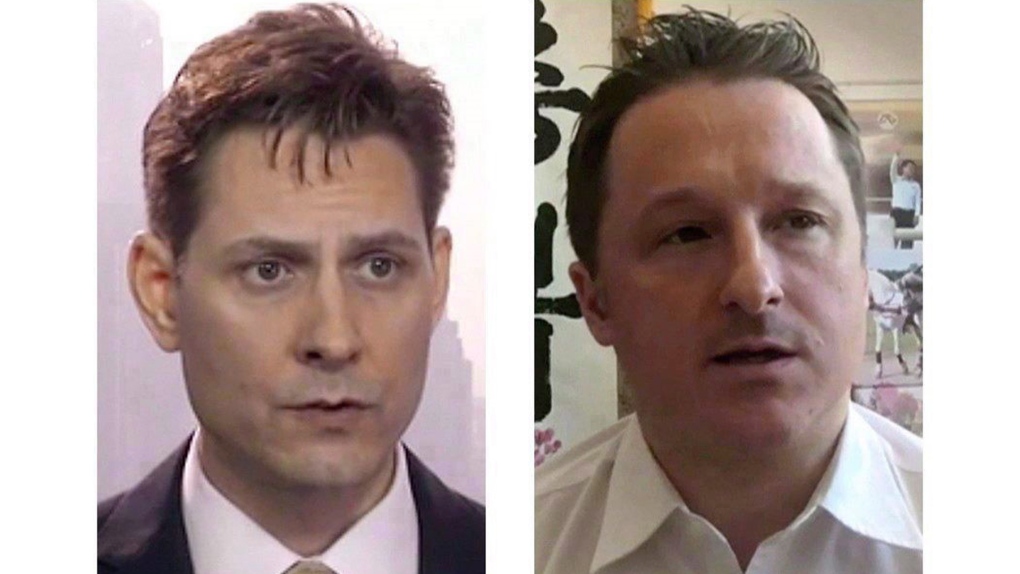 Michael Kovrig (left) and Michael Spavor, the two Canadians detained in China, are shown in these 2018 images taken from video. THE CANADIAN PRESS/AP

Global Affairs Canada has confirmed consular officials met Tuesday with Michael Spavor, who has been detained in China for almost a year.

In a statement, the government department said it will “continue to seek further access to Mr. Spavor.”

“Canadian consular officials continue to provide consular services to him and his family,” Global Affairs said.

“Due to the provisions of the Privacy Act, no further information can be disclosed.”

Canadian consular officials have had 14 meetings with Spavor since his detention on Dec. 10, 2018.

Spavor and another Canadian, Michael Kovrig, were detained on the same day. Their detention is widely seen as retaliation for the Dec. 1 arrest of Huawei’s chief financial officer Meng Wangzhou in Vancouver on behalf of U.S. authorities.

Global Affairs said officials also “continue to provide consular services to Kovrig and his family and will continue to seek further access to Mr. Kovrig.”

Kovrig has had 13 consular visits since his detention started.

“The Canadian government remains deeply concerned by the arbitrary detention by Chinese authorities of these two Canadians since December 2018 and continues to call for their immediate release,” Global Affairs said.

The department said the primary reasons for a consular visit include assessing the well-being of a citizen, clarifying the nature of the detention, providing guidance on the legal process, seeking access to medical attention if required and providing a communication channel between the Canadians and their loved ones.

“Canada continues to express its appreciation to those who have spoken in support of these detained Canadians and the rule of law,” Global Affairs said.