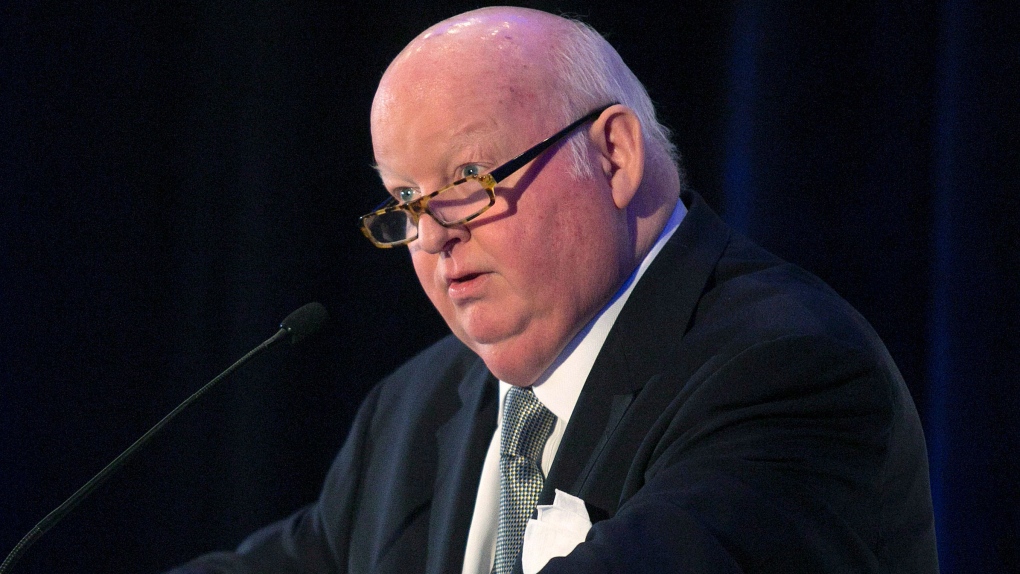 But Liberals say the Conservatives are protecting one of their own, tipping off Duffy about ineligible per diems and whitewashing a report on his invalid housing allowance claims.

The living expense claims of Duffy and two other senators -- former Conservative Patrick Brazeau and Liberal Mac Harb -- were examined by independent auditor Deloitte after they were accused of improperly claiming a housing allowance intended to compensate those who must maintain a secondary residence in Ottawa.

In audits released Thursday, Deloitte concluded that all three live primarily in the national capital region. However, the auditor said the rules and guidelines governing senators' primary and secondary residences are unclear and, therefore, none of the three could be said categorically to have broken the rules.

Notwithstanding that finding, the Tory-dominated Senate committee which ordered the audits decided -- in the case of Harb and Brazeau, at least -- that the rules are "amply clear," that they should not have claimed the allowance and must now pay it back.

When it came to Duffy, however, the committee didn't mention the damning fact that it believes the rules are clear and "unambiguous." It thus avoided contradicting Duffy, who has claimed confusing paperwork caused him to mistakenly claim his primary residence was in Prince Edward Island, not Ottawa, where he has lived for years.

Prime Minister Stephen Harper and Marjory LeBreton, the government's leader in the Senate, have both echoed Duffy's claim that the rules are confusing, citing the Deloitte finding.

However, the internal economy committee didn't see it that way when it came to Harb and Brazeau, who was evicted from the Conservative caucus after being charged with assault and sexual assault in February.

It called the paperwork required to claim the housing allowance and the guidelines for reimbursing living expenses "amply clear."

"To claim living expenses in the NCR (national capital region), any residence owned or rented by a senator must be a secondary residence, not the place where he or she ordinarily lives, for use by the senator while in the NCR for Senate business," the committee said, using identical language in separate reports on Harb and Brazeau.

"Your subcommittee considers this language to be unambiguous and, plainly, if a senator resides primarily in the NCR, he or she should not be claiming living expenses for the NCR."

That damning paragraph is entirely missing from the report on Duffy's housing allowance claims, although the rules and guidelines that applied to him were identical to those deemed crystal clear for Harb and Brazeau.

Liberal Senate leader James Cowan said he believes the Conservative members of the committee deleted the paragraph in a bid to protect Duffy, a high profile, former television journalist who is one of the Tories' biggest fundraising draws.

"I can't think of any other possible explanation, frankly," Cowan said in an interview Friday.

Liberal members of the committee tried to have the same paragraph included in the report on Duffy but were over-ruled by the Conservative majority, he added.

The only difference in Duffy's case is that he voluntarily repaid just over $90,000 in living expense claims in March, without waiting for the audit to be completed or for the committee to demand reimbursement.

However, Duffy had been hounded by journalists for weeks prior to repaying the money -- even evading reporters after a speech in Halifax by leaving through a hotel kitchen and out the back door.

But Cowan said that still doesn't exonerate Duffy for signing the allegedly confusing declaration about his primary and secondary residences every month for three years in order to claim the allowance.

"Even if he was confused the first time, why would he keep signing it month after month, year after year?"

Liberals and New Democrats also accused the Conservative chairman of the internal economy committee, Sen. David Tkachuk, of giving Duffy a heads up about another Deloitte finding -- that he'd improperly claimed just over $1,000 in per diems while on a 12-day vacation in Florida.

In a letter to Tkachuk, dated April 18, Duffy says that following an informal conversation with the committee chairman two days earlier, he checked his files and discovered he'd inadvertently claimed the per diems due to a clerical error by a temporary staffer. He says he "will reimburse the Senate without hesitation."

It so happens that Tkachuk was briefed on the Deloitte findings the same day as his conversation with Duffy.

In the Commons on Friday, New Democrat MP Elaine Michaud said the apparent tip-off demonstrates that the government "will move heaven and earth to protect its fraudster senators."

Government House leader Peter Van Loan countered that Duffy repaid the per diems in March, "well before" the conversation with Tkachuk.

"In fact, he showed the kind of leadership that we would like to see from Liberal Sen. Mac Harb, who instead is taking up arms against the Senate, saying that he should not have to pay back inappropriate funds," Van Loan said.

Harb, who has been ordered to repay $51,500, indicated Thursday that he intends to fight the finding in court. He resigned from the Liberal caucus until the matter is settled.

The claim that Duffy repaid the per diems in March seems at odds with the April 18 letter, in which he professes to have just discovered the problem and promises to reimburse the Senate.

However, Cowan said the Senate clerk has explained to him that the $90,000 repaid by Duffy in March included all expense claims associated with his contention that he lived primarily in P.E.I. That included the housing allowance and all per diems claimed while he was working in Ottawa.

Duffy's letter suggests he was unaware, until Tkachuk's call in mid-April, that among those reimbursed per diems were some which were doubly inappropriate, having been claimed while he was on vacation.

"They are the ones who are blocking the kind of financial accountability that all Canadians want to see," he charged. "It is not a surprise that the Liberal party continues to defend its entitlements."

Cowan countered that Liberals simply refused to give unanimous consent when Tkachuk asked the Senate on Thursday to immediately accept the proposed new rules, without debate and before most senators had even had a chance to read them.

The proposed rules include clarifying the definitions of primary and secondary residences, requiring receipts for taxi expenses and requiring senators to provide the purpose of a trip when making a travel claim. They don't go "nearly far enough," in Cowan's view, and he wants senators to have time to consider ways to toughen them up.

"Have you looked at the (proposed) rules? Boy, that's going to change the world overnight, isn't it? Imagine, that you have to produce a receipt," he scoffed.