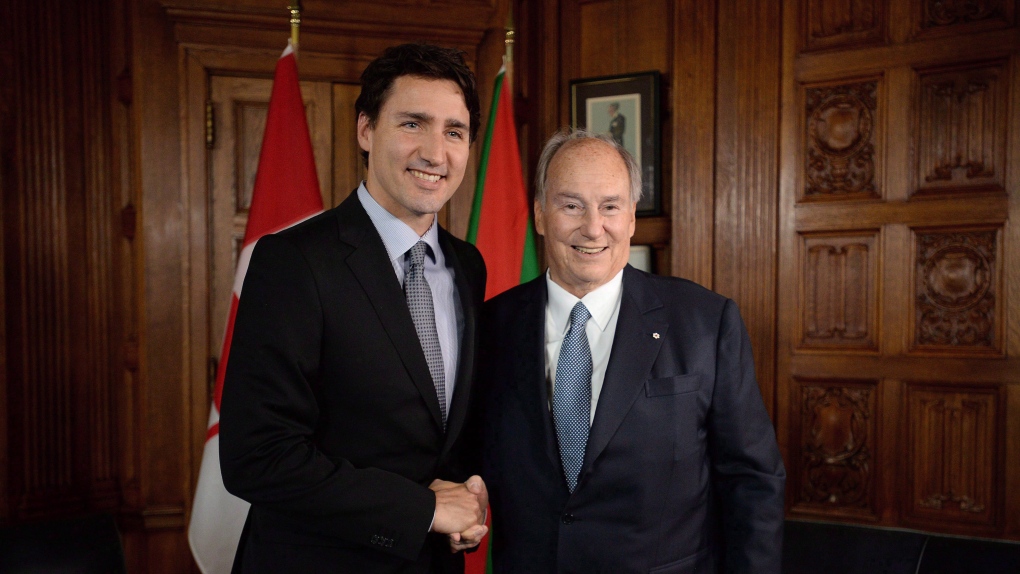 Trudeau says he's looking forward to answering questions from the federal ethics commissioner about his Christmas vacation to a Caribbean island owned by the Aga Khan. (Sean Kilpatrick / THE CANADIAN PRESS)

OTTAWA -- The federal Conservatives want the RCMP watchdog to review the police force's refusal to launch a criminal investigation into whether Prime Minister Justin Trudeau broke the law by accepting family vacations on the Aga Khan's private Caribbean island.

In a letter to the Civilian Review and Complaints Commission for the RCMP this week, Tory MP Michael Barrett says there are troubling elements the commission is well-placed to investigate.

Last May, Conservative MP Peter Kent asked RCMP Commissioner Brenda Lucki to begin a probe, saying a thorough investigation should be conducted to reassure Canadians about the integrity of government.

Kent's 26-page letter noted that members of Trudeau's family visited the private retreat of the Aga Khan, a billionaire philanthropist and the spiritual leader of the world's Ismaili Muslims, on three occasions from 2014 to 2017.

Lucki replied in August that the RCMP could not productively pursue a criminal investigation.

In December 2017, Mary Dawson, federal ethics commissioner at the time, found Trudeau contravened four sections of the Conflict of Interest Act in relation to a Christmas 2016 stay on the island, saying the holiday could reasonably be seen as a gift designed to influence the prime minister.

In his letter, Kent cited a Criminal Code provision that prohibits a government official from accepting a benefit of any kind from someone who has dealings with the government.

Following Dawson's 2017 findings, opposition parties argued Trudeau should refund the treasury for all or part of the transportation and security costs related to the Christmas 2016 trip.

Trudeau acknowledged at the time he should have checked with the ethics commissioner's office before accepting the holiday, and said he would now clear all family vacations with the commissioner.

This report by The Canadian Press was first published Jan. 30, 2020.