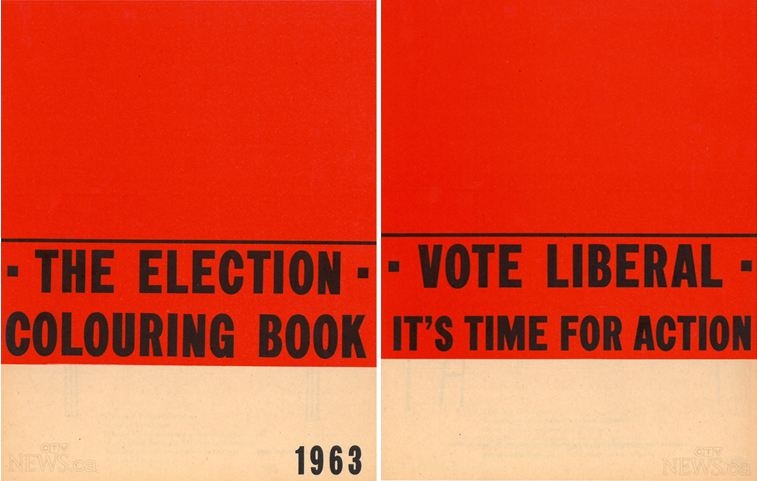 My esteemed CTV colleague Roger Smith has acquired many unusual campaign souvenirs, but this one is particularly hilarious.

It’s an old colouring book issued by the Pearson Liberals during the historic 1963 election … and 50 years later, you’ll notice the political attack lines haven’t changed much.

History buffs will recall Pearson ran on a platform called “60 Days of Decision.” Perhaps this colouring book was merely a bonus: 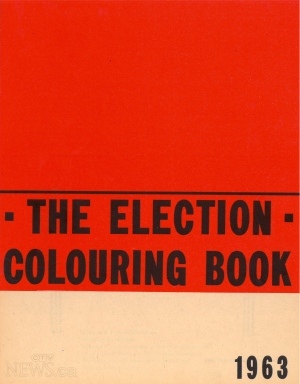 The election was triggered when the minority Conservative government, led by Prime Minister John Diefenbaker, lost in non-confidence votes.

With an economic downturn looming, among other things, the Liberals tried to exploit the Conservatives' fiscal record: 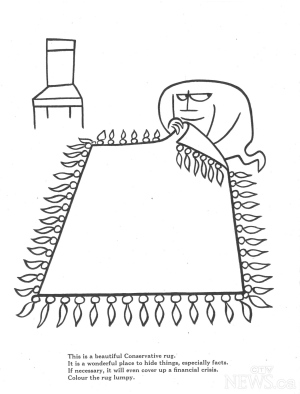 "This ia a beautiful Conservative rug. It is a wonderful place to hide things, especially facts. If neccessary, it will even cover up a financial crisis. Colour the rug lumpy."

At the time, there was an emerging threat on the political left. A new, upstart coalition called the NDP was formed two years earlier by Tommy Douglas.

The Liberals were quick to define them (even though Pearson later depended on the NDP to pass legislation under his minority government). 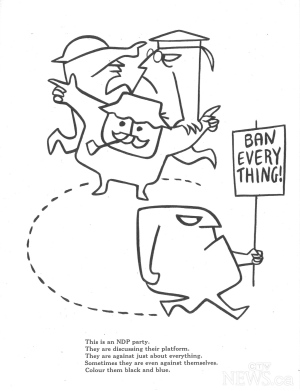 "This is an NDP party. They are discussing their platform. They are against just about everything. Sometimes they are even against themselves. Colour them black and blue."

The military became a hot issue after the Diefenbaker government cancelled the Avro Arrow.

It raised questions about military resources, among others: 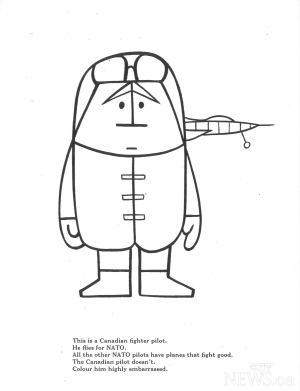 "This is a Canadian fighter pilot. He flies for NATO. All the other NATO pilots have planes that fight good. The Canadian pilot doesn't. Colour him highly embarrassed."

Improving First Nations conditions, and a vision for Canada’s North, were issues the Liberals vowed to address.

Of course, things were less politically correct back then: 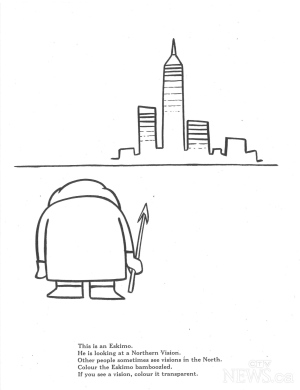 "This is an Eskimo. He is looking at a Northern Vision. Other people sometimes see visions in the North. If you see a vision, colour it transparent."

On the back page of the colouring book, we see the old campaign slogan … 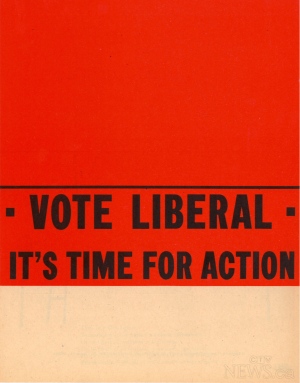 The outcome of that election: Liberals narrowly defeated the Conservatives with a minority government, and Lester Pearson became Canada’s 14th Prime Minister.

He won a second minority in 1965 and retired from politics in 1967. Party faithful then elected Pierre Trudeau to replace him.

And the rest, as they say … is history. Colouring books and all.