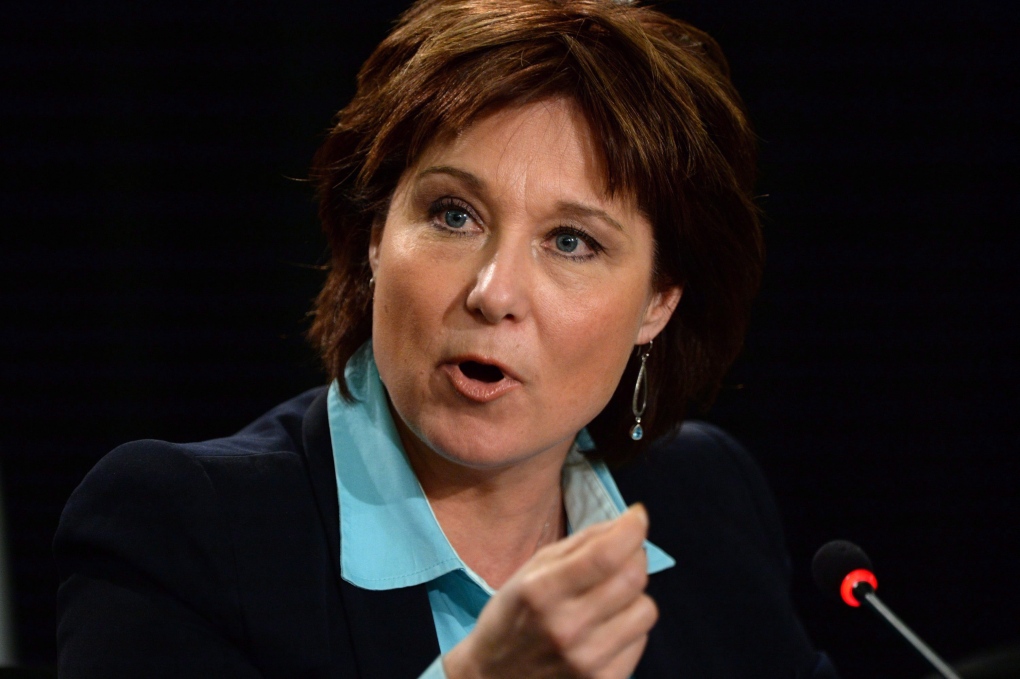 B.C. Premier Christy Clark is adding her voice to the chorus of criticism against the federal government's anti-terror bill, raising concerns that the legislation may compromise Canadians' personal liberties.

In an interview on CTV's Question Period, the provincial leader said that Bill C-51 could "impinge" on the rights of Canadians, and requires "adequate oversight."

"We should be very careful in Canada, in a country where so many people have sacrificed their lives to preserve our freedoms, to make sure that we aren't -- in the effort to protect ourselves against unknown threats – really diminishing our personal freedoms," she said.

"We will regret that forever. When you give up personal freedoms, it's very hard to get them back."

Bill C-51 is the Conservative government's latest piece of legislation that is part of its broader tough-on-crime strategy. The anti-terror bill seeks to expand the powers of police and spy agencies, in order to stamp out terror plots before they unfold.

The legislation has been a lightning rod for controversy, with critics suggesting that the bill crosses the line, giving authorities too much power without sufficient oversight to keep them in check.

Canada's privacy commissioner, Daniel Therrien, agrees with Bill C-51's intended goal to increase information-sharing between authorities, but stressed that the rights of innocent Canadians may be sacrificed in the name of intelligence-gathering.

"The bill would share with national security agencies potentially all of the information of all Canadians, including law-abiding citizens. And I think that goes too far," Therrien told Question Period.

Therrien also voiced concerns that the legislation places no "limitations" on how long agencies may store information. He added that the bill is flawed because the courts are not authorized to "stop unlawful or inappropriate collection activities."

The privacy commissioner was careful not to characterize Canada as a potential surveillance state, but wondered if this is "the kind of society we want to live in?"

To address such concerns, Therrien called for civilian and parliamentary oversight – bolstered by expert advice – as well as judicial review.

Bill C-51 is currently being reviewed by a committee in the House of Commons.

The New Democrats have attempted to slow the passing of the legislation, calling for extensive witness testimony and hearings. NDP Leader Tom Mulcair said last month that he will not back the bill calling it "dangerous" and "over-reaching.”

But Prime Minister Stephen Harper insists that the legalisation provides law-enforcement authorities with the crucial tools needed to crack down on would-be terrorists, and criticized the NDP's attempts to throttle its passing.

"Now is not the time for the NDP agenda of attacking the police and the security agencies," Harper said during question period last month. "We have serious problems in this country. Now is the time to take on the terrorists and that is what we're doing."

A group of former prime ministers, including Joe Clark, Jean Chretien, John Turner and Paul Martin, have also said that the anti-terror bill lacks "robust" accountability, suggesting it could ultimately cause problems in terms of public safety and human rights.