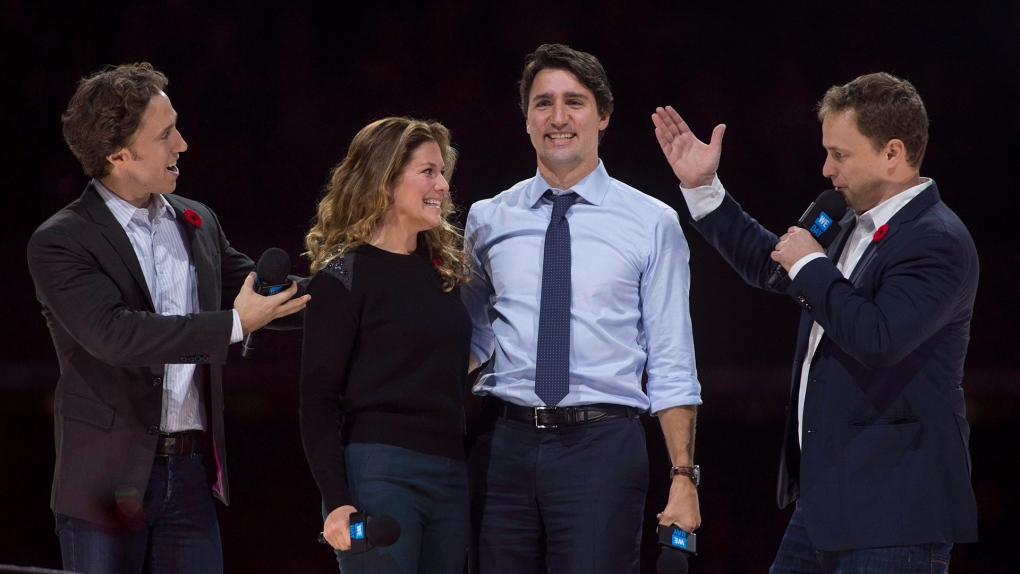 Co-founders Craig (left) and Marc Kielburger introduce Prime Minister Justin Trudeau and his wife Sophie Gregoire-Trudeau as they appear at the WE Day celebrations in Ottawa, Tuesday November 10, 2015. THE CANADIAN PRESS/Adrian Wyld

OTTAWA -- Non-profit groups that wanted to use Canada Student Services Grant to hire volunteers say they have not heard a peep from the federal government since WE Charity walked away from managing the $912-million program almost two weeks ago.

That is causing angst for some organizations such as Souls Harbour Rescue Mission in Halifax that have already taken on some students but now don't know whether the government will actually cover the payments they've been promised.

The government had promised students could receive up to $5,000 toward their education costs by volunteering through the program.

Souls Harbour CEO Michelle Porter says the charity will honour the commitment made to the seven students who are now volunteering in its thrift store if the government kills the program.

But she says the cost will have financial implications across the rest of her organization, which provides lunches and a safe space for hundreds of people every week.

The government says it is still working on the details after taking over the program from WE on July 3 but has otherwise provided little to no information.

This report by The Canadian Press was first published July 15, 2020.