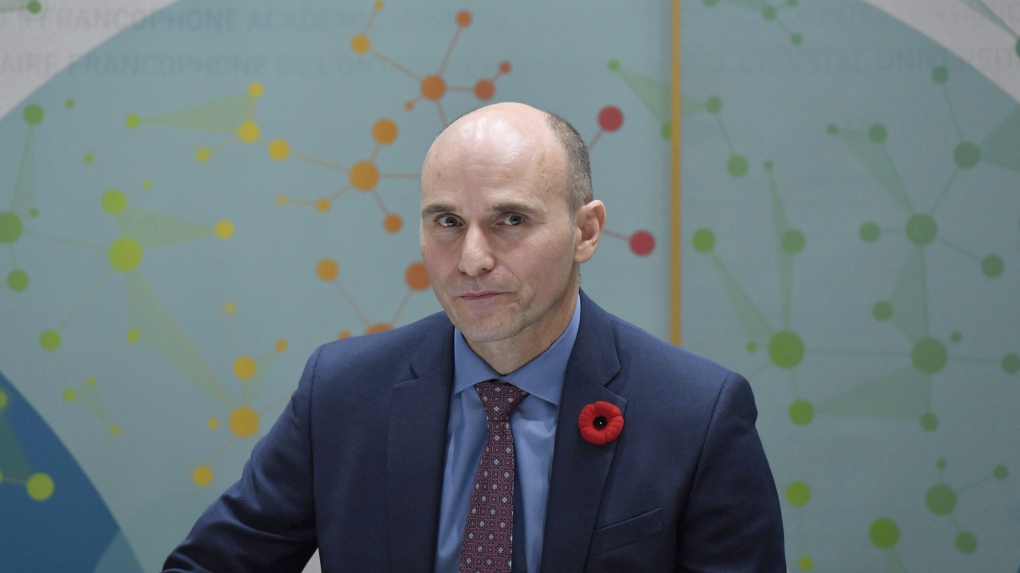 Minister of Families, Children and Social Development Jean-Yves Duclos looks on at the end of a press conference on changes to the Employment Insurance Program's caregiving, maternity and parental benefits at Montfort Hospital in Ottawa on Thursday, Nov. 9, 2017. THE CANADIAN PRESS/Justin Tang

OTTAWA -- An evaluation of a federal benefit to help parents take time off work to care for critically ill children says fewer people have used it than expected because they didn't know about it or didn't understand how it worked.

Annual applications for the benefit, delivered through the employment-insurance system, have been well below the 6,000 anticipated when the previous Conservative government introduced it in 2013.

The evaluation posted online details months-late applications, call-centre agents who didn't always understand all facets of the benefit themselves, and rejected applicants who tended to have lower levels of education and earnings that applicants who were successful.

The Liberals morphed the benefit into a new program, also delivered through the EI system, designed to be easier to apply for and receive.

Employment and Social Development Canada, which oversees the program, says there were 4,900 claims for the new benefit between its introduction in December 2017 and December 2018.

The department has also worked since November 2017 to improve understanding of the new benefit through social-media posts, online videos and rewriting a federal website.

The old benefit provided up to 35 weeks of EI payments, usually for parents of newborns who were born prematurely or with serious medical conditions. The second-most common reason for applying for EI help was to care for a child with cancer.

Between June 2013 and December 2017, just more than 15,300 people received the benefit out of about 19,500 applicants -- an approval rate of about 78 per cent. Evaluators couldn't figure out typical reasons for rejections because an explanation was missing in most cases.

In December 2017, the Liberals introduced the EI family caregiver benefit for children, which works much the same way as the previous benefit.

However, eligibility was expanded beyond parents to any family member providing care, such as a grandparent; allowed nurse-practitioners to sign the required medical certificate; and multiplied the benefits if more than one child needed care, such as after a car crash or fire.

ESDC said the government paid out $30.3 million in benefits between April 2017 and March 2018 between the new program and the old one as existing claims wound down. That made the 2017-18 fiscal year the one with the highest total payments.

"Our government has made it easier for Canadians to take care of family members during difficult times," said Valerie Glazer, a spokeswoman for Social Development Minister Jean-Yves Duclos. She blamed the previous Conservative government for creating a confusing program.

But the evaluation noted one problem with the previous version that has carried over into the new one.

Payments have only recently been automated after years of manual work that made information difficult to access or compare with other EI data, or come up with spending estimates. The manual pay system has also limited parents' ability to get updates about their claims through the government's online portal.

ESDC said it began automating the new benefit on June 29 and expects that up to three-fifths of claims will be handled automatically. The department is also looking at ways to allow for the automated system to handle more complicated cases that combine caregiver payments with other EI benefits, such as parental leave.

The department said it is looking to raise awareness of the new benefit.

Aside from five news releases since November 2017, officials posted 14 tweets that garnered 39,218 impressions, three explainer videos that combined had more than 2,000 views, and launched new, plain-language websites one year ago.