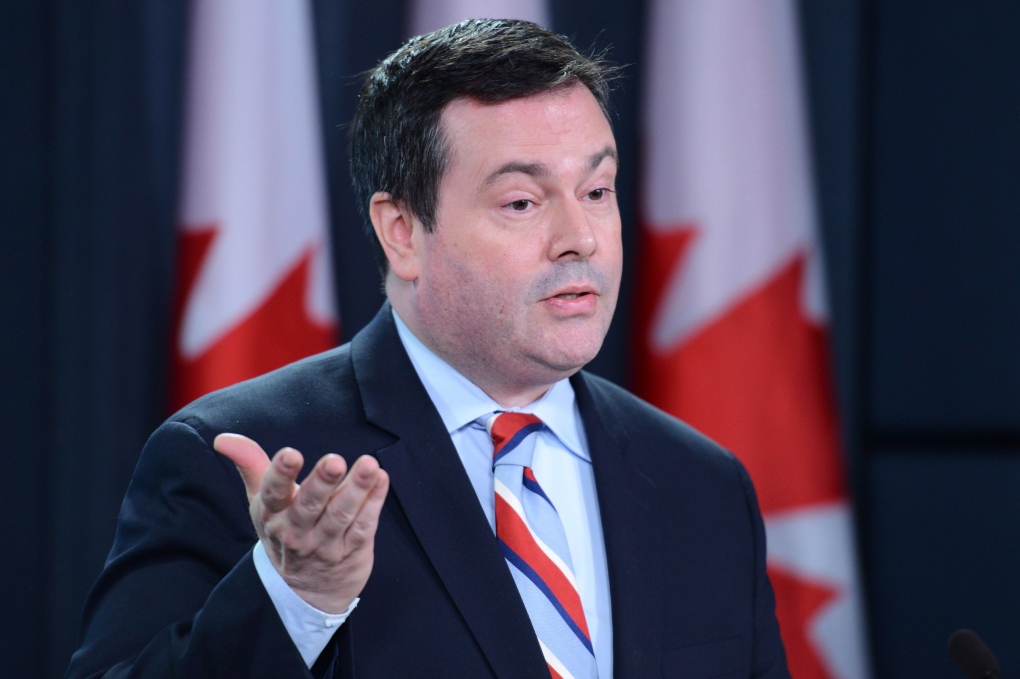 OTTAWA -- A poll commissioned by the federal government suggests Canadians would support the controversial temporary foreign workers program if it didn't take away jobs from Canadians -- and firms were made to pay for abusing the system.

The telephone poll by Harris-Decima and obtained by The Canadian Press comes as Employment Minister Jason Kenney prepares to roll out a comprehensive reform of the program that has come under fire over the last year. The announcement is expected in days.

The poll suggests there's support for reforming the system if the government can convince the public that only those jobs "Canadians don't apply for" will be made available to foreign workers.

The sampling of 1,984 Canadians at the end of May was designed to take the public's temperature on the controversial program, but also to ascertain in advance how Canadians would react if certain measures were adopted.

The survey is considered accurate to within plus or minus 2.2 percentage points, 19 times out of 20.

For instance, the survey asks Canadians if they would support the program if it sought to meet shortages in certain regions, certain specific industries, or whether they favour excluding low-income jobs from the eligibility altogether.

Three in 10 respondents said there was no need for foreign workers in low-wage jobs.

One surprising question is whether Canadians would support allowing temporary foreign workers in the country to stay permanently, and even apply for citizenship. The poll found 46 per cent would approve and 31 per cent disapprove.

But while that has been recommended by some opposition MPs and even union leaders, Dan Kelly of the Canadian Federation of Independent Business said his understanding is the government does not want to open the door for low-skilled workers.

One of the strongest responses was on fines, with 81 per cent saying abusers should be levied stiffer monetary penalties.

Kenney has already made it known he intends to increase fines. In response to a question in the House of Commons last week, the minister said he would introduce broad reforms "designed to prevent abuses, severely punish non-compliant employers and prevent distortions in certain regions or industries in the labour market."

"We will ensure that Canadians always come first," he added, "and if that means that employers have to pay a little more and be more active in recruiting and training Canadians, that is a good thing."

Speculation on what the government intends to do has centred on the setting of a wage floor to discourage hiring low-skilled or entry-level workers, hike the fee on bringing in workers and even institute thresholds to keep foreign workers out of regions of high unemployment.

The program has become a political headache for the Harper government since news reports surfaced of Canadian workers being displaced, and that more and more firms were importing workers to fill low-skilled jobs even in areas of high unemployment.

Critics have also complained that the number of foreign workers has ballooned even as the unemployment rate remained stubbornly high. The latest government figures show there are about 386,000 foreign workers in the country, up from 100,000 in 2002.

The government has insisted there are job shortages in Canada, although the data shows the problem, to the extent it exists, is confined to a few resource-rich regions. Statistics Canada says the number of job vacancies as of March had fallen by 17,000 to 206,000.

Still industry groups continue to complain they can't get workers for certain jobs. This week, the Canadian Meat Council said plants are operating at 77 per cent capacity because not enough Canadians are willing to work in packing plants and the government has made approvals for foreign workers more difficult.

Kelly said he fears some small firms won't be able to find workers if the program is curtailed.

"All the signals I'm getting is the government is going to gut the program and there doesn't appear to be any talking them out of that, and I find it deeply disheartening," he said.

"I suspect at the more senior levels of the job market, for highly skilled professions, they largely will be OK. But employers that use the lower-skilled program will have their access all but dried up" except in regions of "very low unemployment, like parts of Alberta or Saskatchewan."

The poll questions suggest the government is looking for a way to keep the program, but in a way that will be politically palatable.

How serious the issue has become for the government is shown by the fact Canadians think the program is much bigger than it is. Asked to gauge the share of foreign workers in the labour force, respondents gave a "mean percentage" of 12 per cent, instead of the actual two per cent.

And a big majority -- 62 per cent -- said firms "occasionally, frequently (or) all the time" abuse the program, with only 23 per cent saying they never or rarely abuse it.

Yet more than 57 per cent said they supported allowing firms to hire foreign workers for jobs "that qualified Canadians don't apply for." Even among those who opposed it, 58 per cent said the program should be reformed rather than abolished.