Hundreds of Canadian troops will start arriving in Latvia on Saturday to lead a multinational battle group as part of its commitment to the North Atlantic Treaty Organization (NATO).

The mission is designed to send a powerful message of deterrence to Russia, which borders Latvia, and show Moscow the combined strength of NATO forces.

After Russia’s aggression toward Ukraine in 2014, NATO allies committed to do more to deter Russia from following through on similar measures in neighbouring nations.

“We have to have our eyes wide open about who the Russians are. They only respect strength,” Lt. Gen. Ben Hodges with the U.S. military told CTV News.

Prime Minister Justin Trudeau reaffirmed Canada’s pledge to lead a NATO battle group in Latvia as part of the alliance’s Enhanced Forward Presence in Eastern Europe during a meeting of NATO leaders in Belgium in May.

The mission will see four multinational, combat-ready, defensive battle groups deployed to Estonia, Latvia, Lithuania and Poland on a rotational basis, to reinforce NATO’s presence in the Baltic region.

Thousands of NATO troops are expected to participate.

A live-fire exercise took place Friday, with tanks, airplanes and infantry deployed. Commanders said the exercise was designed, in part, to show the kinds of capabilities the NATO allies carry, even if the chance of Russia staging an invasion are low.

“The mindset has to be, ‘I’m ready to fight tonight,’” Hodges said.

When the Soviet Union was in power, Latvia was under Moscow’s rule. The presence of the NATO mission is intended, in part, to show strength in solidarity.

“Russia has shown intent and capability, but the fear is not there because we are members of NATO. And so an attack on one is an attack on all,” said Latvian brigade commander Col. Ilmars Lejins.

“It’s better to win a war without fighting a fight. So that’s what I strongly believe will happen.” 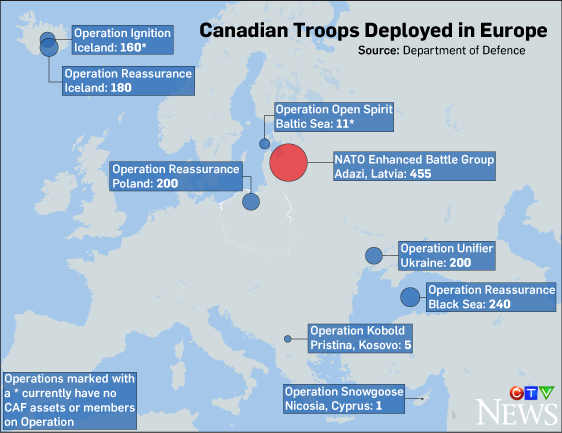 The Canadians will officially take command of the Latvia mission, based at Camp Adazi, on June 19.

“I think what it’s going to do is prevent the conflict and keep the region peaceful,” Rutland said.

The United States, Germany and the United Kingdom will lead the other three battle groups included in the Enhanced Forward Presence mission.

Ahead of the Canadian forces’ arrival in Latvia, CTV News’ Mercedes Stephenson has been reporting from Camp Adazi where an annual NATO training exercise called Exercise Saber Strike 17 is already underway.

A small number of Canadian troops in other European countries have been participating in the long-standing multinational training effort, which began on May 28.

Stephenson posted a video of a fighter jet flying overhead during the exercise on Friday.

American and Polish tanks travel together to open up their main weapons systems in Adazi, Latvia.

An Apache Gunship flies overhead during the training in this photo taken by Stephenson on Friday. 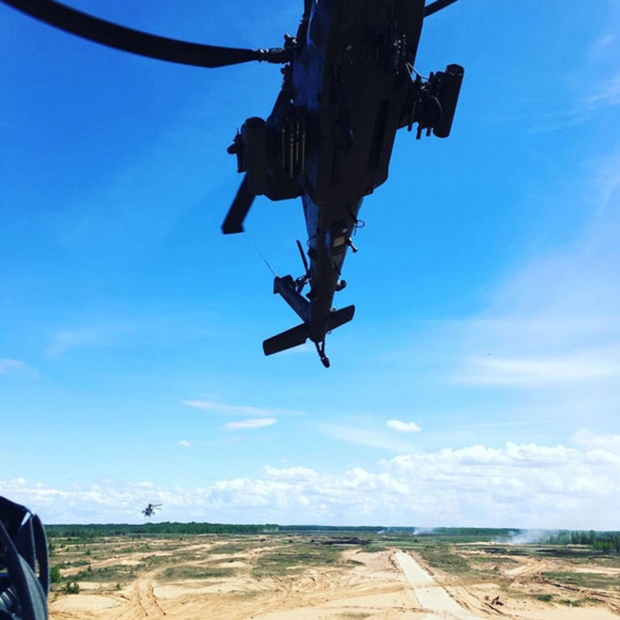 Soldiers are shown participating in the NATO exercises in Latvia. 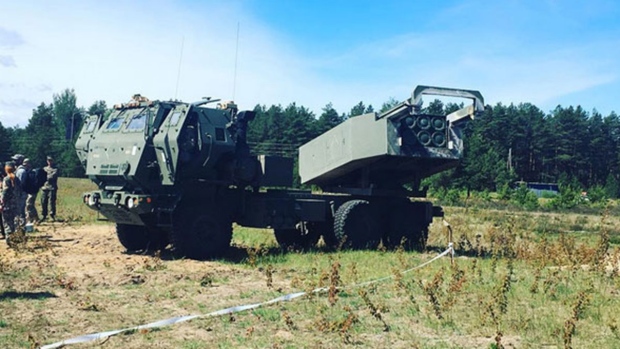 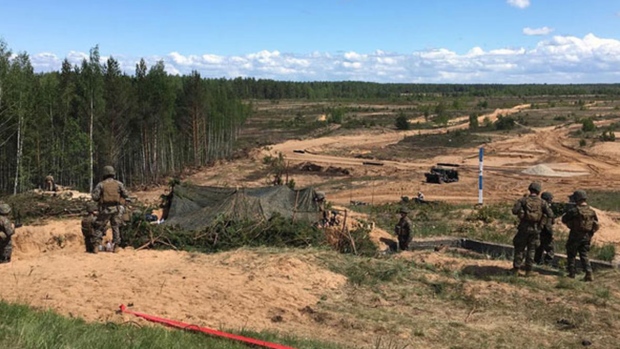 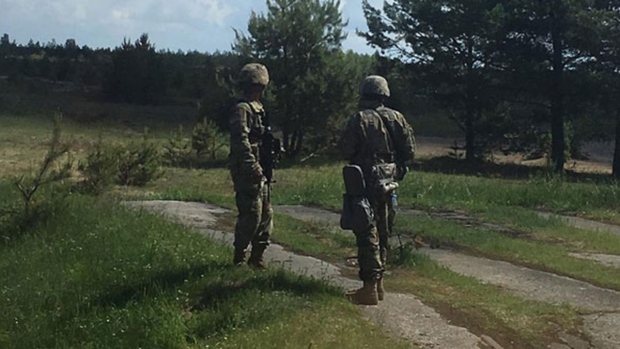 Stephenson described what she heard during one of the exercises to clear obstacles. 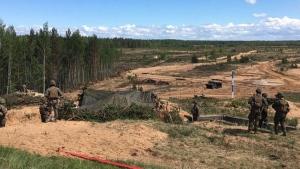