Canadians don't want to 'rock the boat' when voting during pandemic: experts 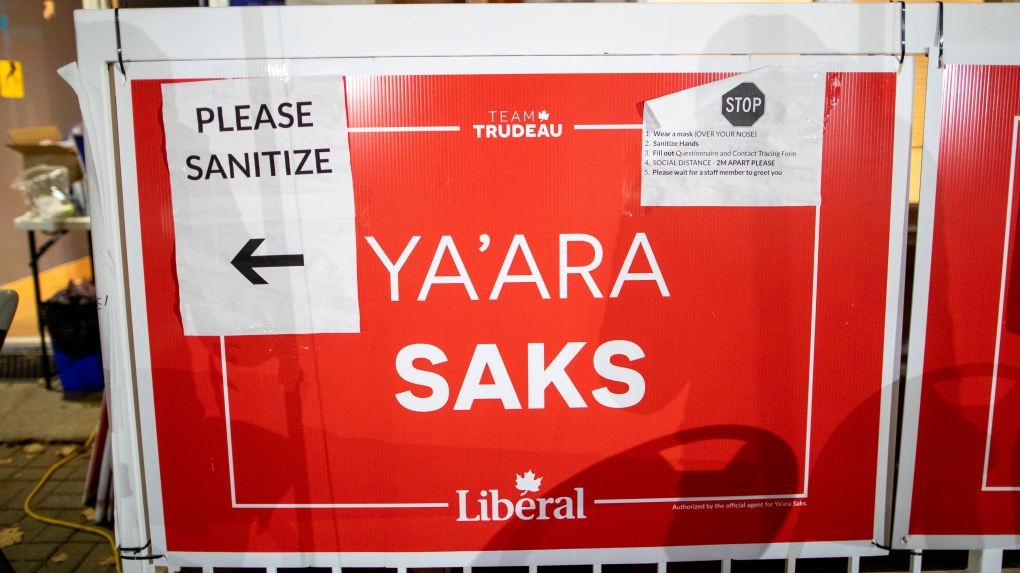 A sign with COVD-19 protocols is seen outside the campaign office of Liberal candidate Ya'ara Saks in the York Centre riding before the polls close in the federal by election in Toronto on Monday, October 26, 2020. (THE CANADIAN PRESS/Carlos Osorio)

Although each election had its own provincial issues, three professors pointed out that the votes were in provinces that have had some success keeping the novel coronavirus under control. Voters may have been happy with how the leaders handled the health crisis and wanted to continue in the same direction.

"It's so difficult to predict what voters had in mind but, if there is a collective will, certainly it does seem to point to ... stability is what they wanted," said Donald Wright, professor and chair of political science at the University of New Brunswick.

"Canadians can look at the disaster unfolding in the United States and be thankful they have good governments both in Ottawa and the provincial capitals. Canada may be very appreciative of the governments we had with the pandemic."

New Brunswick's Progressive Conservatives were re-elected in September with a majority for Premier Blaine Higgs. His snap election call made the province the first to hold a vote since the pandemic began.

A similar dynamic played out in British Columbia where Premier John Horgan's NDP gained enough seats on Saturday to form a majority government.

"I can say that certainly in B.C., a big part of the dynamic was that people felt this jurisdiction (did) relatively well (with COVID) and consequently worried that any changing government might destabilize that," said Max Cameron, a professor in the University of British Columbia's political science department.

"I think it did produce that desire to not to rock the boat at this particular moment, so in a kind of ironic way, you could say that the experience of governing a minority actually catapulted the government into a majority."

A similar sentiment must have been felt among Saskatchewan's electorate Monday, said Gerald Baier, an associate political science professor at the University of British Columbia. Saskatchewan Party Leader Scott Moe won a majority government, the party's fourth in a row.

Moe and his opponent, NDP Leader Ryan Meili, had contrasting plans for how to steer the province through the pandemic.

Meili promised millions of dollars in increased spending for classrooms and to hire more front-line health workers. Moe promised to balance the books by the 2024-2025 fiscal year, while keeping the economy going and creating jobs through tax and rebate incentives.

"(If) people are happy with the job the government's been doing during the pandemic, they're much more likely to say, 'Now is not the time for a change'," said Baier.

"They're much more likely to say, 'Right now is not the time for a new set of hands on the wheel' and I think that's something that explains part of the dynamic in Saskatchewan."