Canadian peacekeepers in Mali concerned by reported delays in evacuations 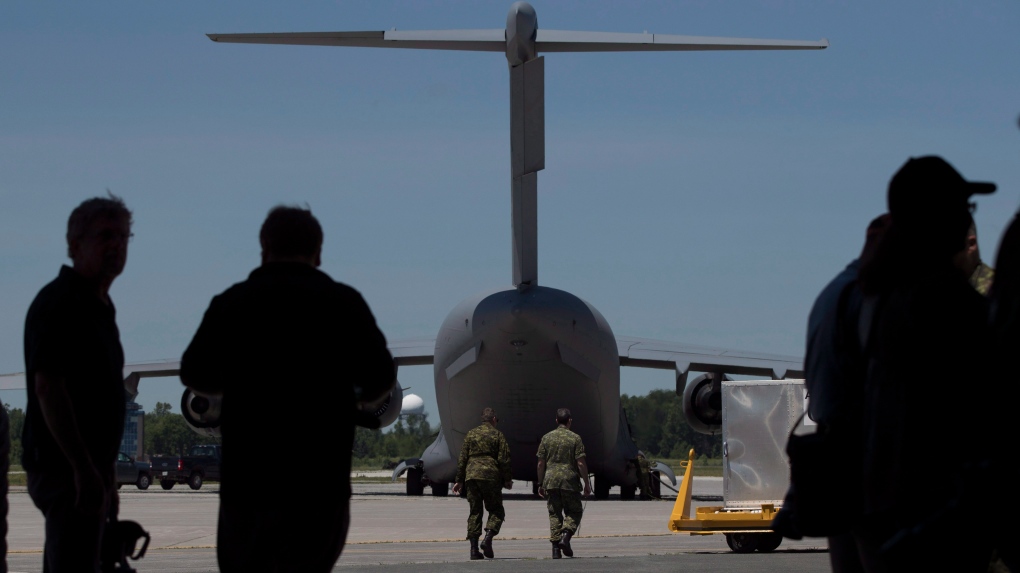 Canadian Forces members walk past a CC-177 Globemaster which will take on a CH-147F Chinook helicopter as cargo for Canada's UN mission in Mali, at CFB Trenton in Trenton, Ont., on Tuesday, July 3, 2018. (THE CANADIAN PRESS/Lars Hagberg)

OTTAWA - The commander of Canada's peacekeeping force in Mali says he is worried about apparent delays in the approval of life-saving medical evacuations -- and that he is looking at ways to limit such problems in the future.

Col. Chris McKenna says Canadian military helicopters have not been called upon to evacuate any injured peacekeepers from the field since taking over from a German force in July and becoming fully operational last week.

While such evacuations are supposed to be Canada's primary role, the force's only two missions so far have involved transporting Dutch long-range patrols to different villages.

McKenna says he has heard of hours-long delays in such evacuations being deployed, an issue frustrated German helicopter crews have blamed on patchy communications and cost-conscious UN officials.

McKenna says he has reached out to various UN commanders and officials and that the Canadian military will have several officers at the UN mission headquarters in Bamako, which he hopes will speed the flow of information and decision-making in an emergency.

But he admits that he remains concerned about future delays, which can mean the difference between life and death for injured peacekeepers in Mali's harsh environment and barren landscape.