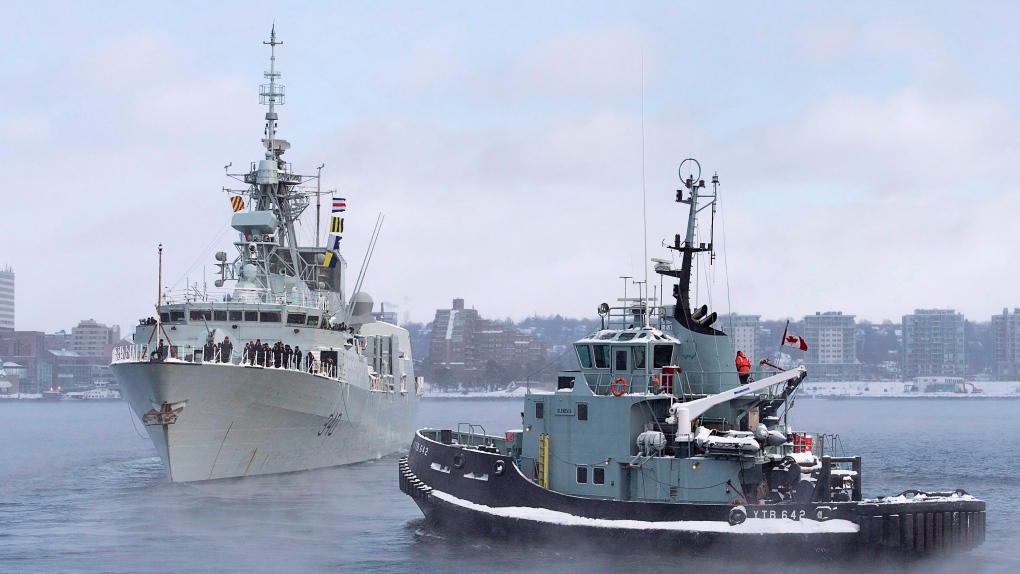 The naval tugboat Glenivis assists as HMCS St. John's heads to the Mediterranean in Halifax on Monday, Jan. 9, 2017. The Halifax-class frigate will be supporting NATO Maritime Group 2 as part of Operation Reassurance. THE CANADIAN PRESS/Andrew Vaughan

A Royal Canadian Navy officer heading a NATO fleet in the Black Sea and Mediterranean is the first woman to be given such a command in the alliance's history.

In command since mid-June, Kurtz says her appointment is a tremendous personal opportunity and sends a strong signal to a younger generation who may want to make a career in the military.

Kurtz says it also speaks to the diversity of the alliance.

The 31-year navy veteran says her group has participated in two exercises in the Black Sea in a show of support for allies in the region, including Ukraine and Bulgaria.

She says she believes the NATO presence is important, and it also gives Canadian sailors an opportunity to hone their training.