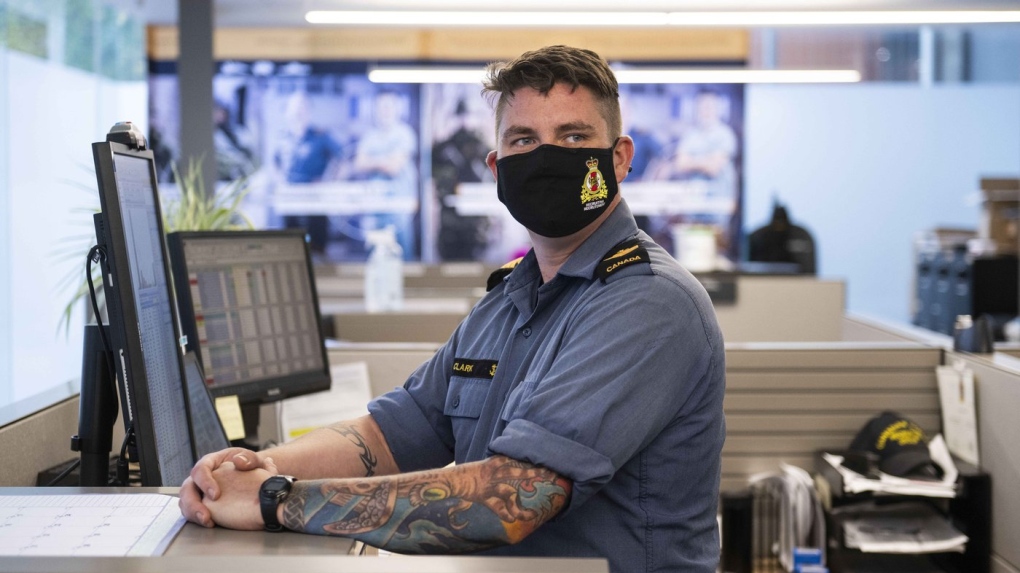 Senior Recruiter Andrew Clark is shown at his workstation at a Canadian Armed Forces recruitment centre in Ottawa on Sept. 20, 2022. (THE CANADIAN PRESS/Justin Tang)
OTTAWA -

The Royal Canadian Navy is struggling with what its commander says is a personnel "crisis" as hundreds of positions sit vacant.

Vice-Admiral Angus Topshee says he needs nearly 1,400 sailors to reach full strength, which is about 17 per cent of the navy's total ranks.

While the shortfall comes amid a recruiting crisis within the Canadian Armed Forces, Topshee says the vacancies include numerous mid-level positions in the navy.

That is forcing him to move less experienced sailors into leadership positions as those with more experience are assigned to training new recruits.

It is also forcing a close examination of how the navy treats its sailor, as well as an assessment of which jobs are critical to the navy's operations and which are not.

Topshee recently announced that the navy was eliminating steward positions, whose primary role is serving officers and providing logistical support on warships.