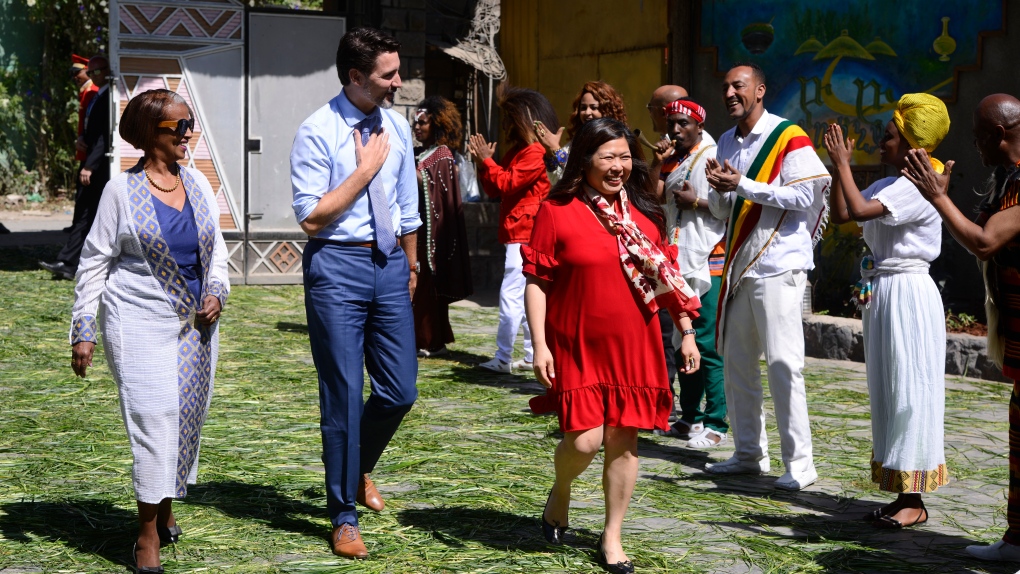 OTTAWA -- Authoritarian leaders are using COVID-19 to roll back the rights of women and LGBTQ2 people, says Canada's new ambassador for women, peace and security.

Jacqueline O'Neill said she is seeing a growing number of attacks against defenders of the human rights of women and LGBTQ2 persons, which is putting progress on those issues in peril.

"The pandemic and particularly authoritarian responses to COVID-19 represent existential threats for many women peacebuilders and local organizations," O'Neill said Monday during testimony before the House of Commons defence committee.

She also said it remains a challenge in some parts of the world for women to be heard in peacebuilding and conflict resolution discussions.

"Women around the world, for example, in Afghanistan, are still fighting for direct representation in peace talks."

O'Neill said there is a growing body of data that shows women increase the operational effectiveness of security forces because they can offer a broader perspective on what is going on in a community, which increases situational awareness.

Still, she said women comprise only six per cent of UN military peacekeepers, and many of those face unacceptable working conditions.

O'Neill said that state of affairs persists even though Monday marks the 20th anniversary of the UN resolution that affirms the role of women in preventing conflict, negotiating peace, peacekeeping and reconstructing postwar societies.

O'Neill also discounted the notion that gender issues are an "add-on" to peace and security discussions because women have a key role to play in building peace, and they are also active combatants in simmering conflicts around the world.

"I often talk about how we have adversaries around the world who don't see this as an add-on issue. Boko Haram, two-thirds of their suicide bombers are women. ISIS, one out of five foreign fighters who left from North America or Europe to fight was a woman," she said, referring to the Nigerian rebel militia that has enslaved children and girls, and the Islamic State group, or Daesh.

O'Neill was appointed by Prime Minister Justin Trudeau in June 2019 to advise the government on how to protect the rights of women and girls who face violence and insecurity.

O'Neill is tasked with advancing the government's feminist foreign policy, and she told MPs women deserve a seat at all international tables when it comes to advancing peace and security.

"I recognize that 'feminist' is often a very loaded word, especially when you associate it with security and defence issues," she said.

"But I find that almost without exception, when you unpack the concept, it's something that the vast majority of Canadians agree with."