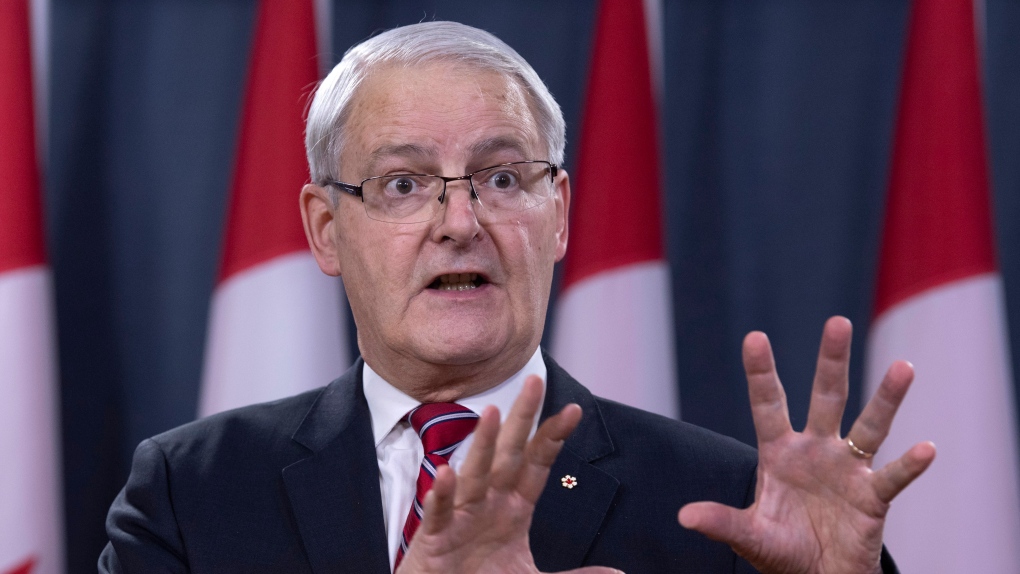 OTTAWA -- Canada on Monday scrapped export permits for drone technology to Turkey after concluding that the equipment had been used by Azeri forces fighting Armenia in the enclave of Nagorno-Karabakh, said Foreign Minister Marc Garneau.

Turkey, which like Canada is a member of NATO, is a key ally of Azerbaijan, whose forces gained territory in the enclave after six weeks of fighting.

"This use was not consistent with Canadian foreign policy, nor end-use assurances given by Turkey," Garneau said in a statement, adding he had raised his concerns with Turkish Foreign Minister Mevlut Cavusoglu earlier in the day.

Ottawa suspended the permits last October so it could review claims that Azeri drones used in the conflict had been equipped with imaging and targeting systems made by L3Harris Wescam, the Canada-based unit of L3Harris Technologies Inc.

"He conveyed concerns about Canada's stance on defense industry restrictions imposed on Turkey and requested their review," the Turkish foreign ministry said.

The parts under embargo include camera systems for Baykar armed drones. Export licenses were suspended in 2019 during Turkish military activities in Syria. Restrictions were then eased, but reimposed during the Nagorno-Karabakh conflict.

Turkey's military exports to its ally Azerbaijan jumped six-fold last year. Sales of drones and other military equipment rose to $77 million in September alone before fighting broke out in the Nagorno-Karabakh region, data showed.

Reporting by David Ljunggren in Ottawa, and Tuvan Gumrukcu in Ankara Writing by Daren Butler Editing by Gareth Jones