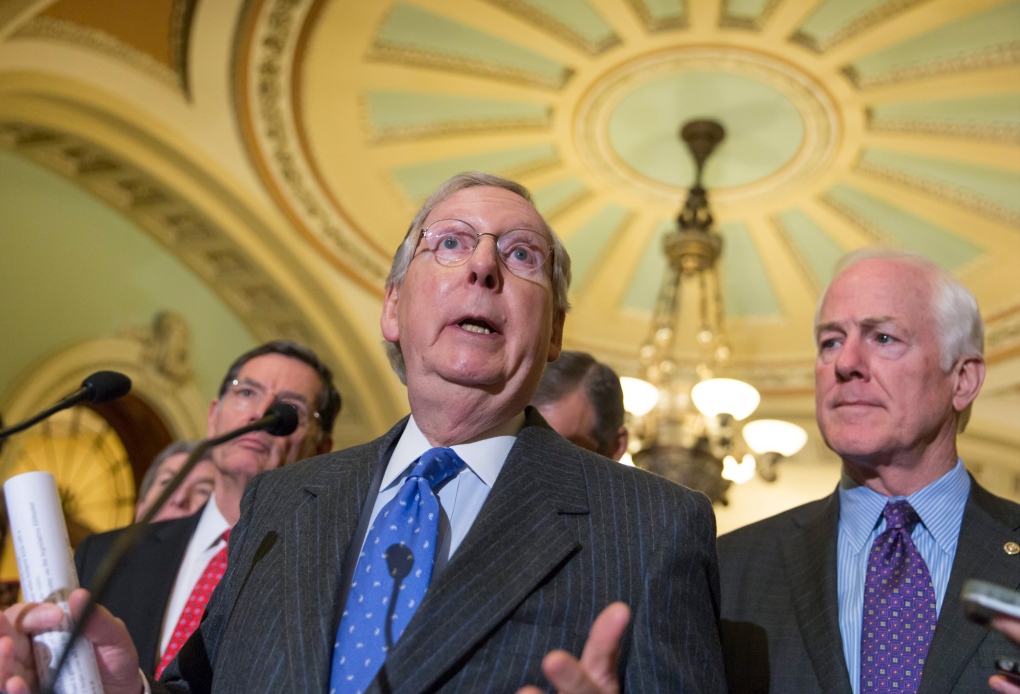 In some ways, the hearing represents the flip side of the celebrity treatment Prime Minister Justin Trudeau received from some foreign media and progressives after he personally greeted refugees at the airport last month.

Wednesday's crowd could be less friendly.

The Republican-controlled committee has posted its roster of witnesses invited to testify -- and of the four people on the list, three are likely to express concern about Canada's refugee approach.

A union representing border guards will argue that there aren't enough border agents to guarantee that the country is protected from terrorist inflitrators.

"It is a source of concern," said Shawn Moran of the National Border Patrol Council.

"The nearest agent could be 100 miles away. By that point, you could easily cross into the U.S. from Canada -- and be on your way."

Another witness is David Harris, an Ottawa resident who worked for the Canadian Security Intelligence Service from 1988 to 1990, and now runs his own anti-terrorism research operation.

He has been quoted frequently over the years in American media reports about the alleged terrorist threat to the north -- and he's suggested letting in fewer immigrants as one way for Canada to guard against it.

Also present will be Toronto immigration lawyer, Guidy Mamann. He's called the Trudeau government's refugee targets -- more than twice the number that will enter the U.S. this year -- unrealistic.

American lawmakers will also hear about how vital that border is to Canada's economy. The U.S. takes in about 76 per cent of all Canadian exports, and border-tightening measures after the 9-11 attacks deeply affected the flow of goods. The list of witnesses includes Laura Dawson, a trade expert and head of the Washington-based Canada Institute at the Wilson Center.

The Conservative Opposition is warning the government to handle this file carefully.

All parties support helping victims of the Syria crisis, but the Tories are worried about the government's determination to bring in more refugees more quickly than its predecessor, said MP Michelle Rempel.

"I think this (U.S.) committee has been struck because there are legitimate concerns," Rempel said.

"I think it's incumbent on the Canadian government to assure our largest ally to the south that the screening processes we have put in place are adequate.... Not just for their purposes, but for assuring the Canadian public that all rigour and processes have been put in place."

The refugee program rolled out last fall had the Liberals aiming to bring 10,000 Syrians through private sponsorship and a further 15,000 under government assistance by the end of February.

Officials now say it's more likely that by the end of next month, 17,000 Syrians will have arrived under the government and mixed program and 8,000 with private sponsors. Currently, they are about halfway through the total; 12,425 Syrians have arrived in Canada since the Liberals took power in November.

Officials remain confident there will be 25,000 Syrian refugees in Canada by the end of next month.

The original Liberal commitment had been to resettle 25,000 Syrians under the government-assisted program by the end of 2015 and to work with private sponsors to bring in even more.