Canada's only female defence minister was in 1993. Is it time for another? 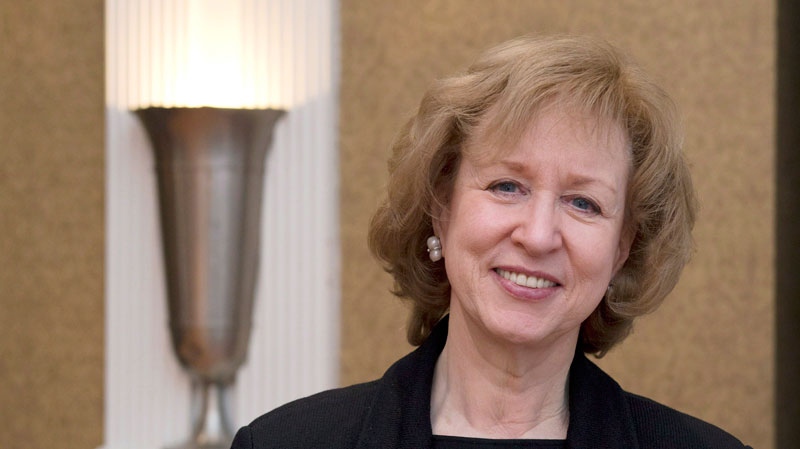 OTTAWA -- Prime Minister Justin Trudeau is being urged by several experts on sexual misconduct in the military to name a new defence minister as he sets about building a new cabinet following Monday's federal election.

The calls are based on a belief that Harjit Sajjan has lost credibility when it comes to addressing what senior commanders themselves have described as an existential crisis within the Canadian Armed Forces.

"It's just not imaginable," Maya Eichler, head of the Centre for Social Innovation and Community Engagement in Military Affairs at Mount Saint Vincent University in Halifax, said of Sajjan returning to the position he has held since 2015.

"It would show the government to be completely out of touch with how people feel about the issue and the kind of bold action that is needed."

Yet while Eichler believes it is time for a woman to take over as Canada's next defence minister, she and others warn such an appointment must include the right person and the necessary support to help them succeed in the role.

"Like any discussion about picking someone for a position of power based on their sex, it is crucial to ensure that the person selected is set up for success and not failure," Eichler said.

"While the symbolism of having a woman in the position of minister of national defence is important, it isn't just any (member of Parliament) or woman who will be able to do the job."

The concern is that appointing someone who doesn't have the requisite skill and experience to push what many believe is a long overdue change in the military's culture while also managing the many other files in what is a challenging portfolio could hurt rather than help.

Among those other issues are different military missions around the world, the planned procurement of billions of dollars in new equipment and a large degree of upheaval among the senior ranks.

"Appointing a woman could be a good thing in that it'll bring new perspectives to the portfolio," said Charlotte Duval-Lantoine of the Canadian Global Affairs Institute.

"But tying her appointment to the current crisis will undermine her competence, will put the blame on her if the military has a hard time with culture change, and will be used as a justification not to have a woman as MND for the next thirtyish years."

The only woman to have served as Canada's defence minister was Kim Campbell, who held the post for six months in 1993 before serving for five months as Canada's only female prime minister.

Megan MacKenzie, the Simons Chair in international law and human security at Simon Fraser University in Burnaby, B.C., points to Campbell's experience as prime minister as an example of what is called a "glass cliff," where a woman is set up to fail after being put into a top position.

Campbell took over from Brian Mulroney at a time when voters were already fed up with his Progressive Conservative government, and was at the helm when the PCs were reduced from 156 seats in the House of Commons to two during the 1993 federal election.

"The main thing in this situation is that they're called in to take a leadership role after another senior male has failed so seriously that their job was insurmountable," MacKenzie said.

"And then what happens is the failures are pinned on that individual, and you have the conversation: `Well, maybe a woman couldn't be good in that role, or she was not up to the job. And that's exactly what happened with Kim Campbell. ΓÇª She was put in an impossible position."

Canada is not alone when it comes to having a man as its defence minister, with only seven of 30 NATO military alliance members having female ministers. Germany and France are also the only two G7 countries with women defence ministers.

Among the names being bandied around as possibilities to succeed Sajjan are Employment Minister Carla Qualtrough and Public Procurement Minister Anita Anand, both of whom have played key roles in Ottawa's response to the COVID-19 pandemic.

"We need a minister of national defence that is ready to make decisions that may not be well liked within the Department of National Defence and the Canadian Armed Forces," Duval-Lantoine said.

"If Qualtrough and Anand have demonstrated this kind of leadership, then yes. But it should be because they have those skills, not just because they are women."

Like many others, Sam Samplonius is of the view that what's important isn't the sex of Canada's next defence minister, but whether they have a true commitment to addressing the issue.

"Just like (military sexual trauma) is not a women's issue, it is not the gender of the minister of national defence that will guarantee success of a shift in norms," said Samplonius, co-chair of It's Not Just 700, a group comprising military sexual misconduct survivors.

"Whomever gets appointed needs to get fully informed of the issue, the proposed solutions already out there in many reviews and reports, and have the commitment to keep initiatives and programs aimed and developed to support persons impacted by (sexual trauma) on the agenda as a permanent item."

This report by The Canadian Press was first published Sept. 26, 2021.