OTTAWA -- It's 6:30 a.m. on Thursday and Ottawa is still waking up to a dark, cold December. Most people would be more concerned about stumbling toward their first cup of coffee of the day. But a handful of MPs slip into a swimming pool near Parliament Hill, intent on getting in a workout before they move onto committee meetings and stakeholder gatherings.

"I find it's the best way to start the day," says Liberal MP Francis Scarpaleggia.

"You start the day with a sharp and clear mind, and a calm spirit if you will, and it helps you get through what are sometimes long days of sitting - sitting in the House or sitting in committee, and sitting in your office."

Pacing the deck around the pool is Pierre Lafontaine, the CEO of Cycling Canada and a long-time national-level swim coach. Lafontaine watches his small team of amateur athletes, stopping them to offer small corrections on their strokes and kicks.

"The hips drive the shoulders, whereas if the hips stay flat...," he says, twisting his body to demonstrate the technique to Conservative MP David Sweet.

Sweet swims another length as Lafontaine walks alongside him, pleased with the MP's improvement. "It's good! It's good!" Lafontaine calls to him. 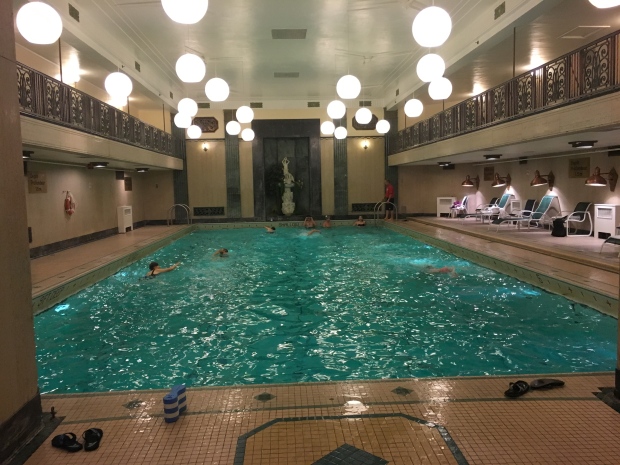 May tallies the number of hours she sits in the House and on committees or on an airplane each week and concludes, "it's unhealthy." Swimming a few days a week is how she counters inactivity.

The MP for British Columbia's Saanich-Gulf Islands riding says she has always loved the water, but is in no way a competitive swimmer.

"It's the most hysterical thing in the world for my family that Canada's former Olympic swim coach is my coach," she says of Lafontaine.

For Housefather, it's a bit of back-to-the-future. A competitive swimmer, Lafontaine was one of his childhood coaches while he was growing up in Montreal.

"Everybody has the ability to make some time to work out, no matter what your situation is, and I hope for whatever extent that I can to try and convince people to do that," Housefather says. 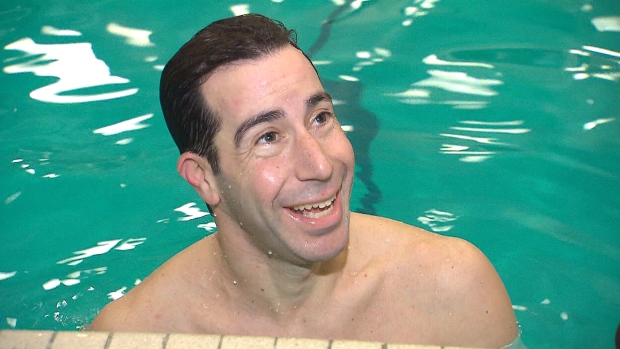 Marilyn McIvor, a staffer for Conservative Senator - and former Olympic skier - Nancy Greene Raine, usually joins the team but on this day is occupied with talking up the National Health and Fitness Day that she and Greene Raine champion. They want to promote active living for all Canadians and hope parliamentarians can set an example.

Aside from the Thursday morning swims, there are organized runs twice a week, and Greene Raine leads a walking group on Wednesdays.

The ad hoc fitness caucus came together six years ago when Weston was flying back from his then-riding of West Vancouver--Sunshine Coast--Sea to Sky Country. He found himself sitting next to Lafontaine, as well as a passenger with a PhD in nutrition, and the three of them spent the five-hour flight to Ottawa talking about health and fitness.

"Their idea was that MPs should be role models and leaders, and through us coaches like them would leverage their skills and disciplines," Weston says.

"Week after week ever since... Pierre has turned up at the pool as a volunteer and Phil at the [Centennial] Flame to run with MPs." 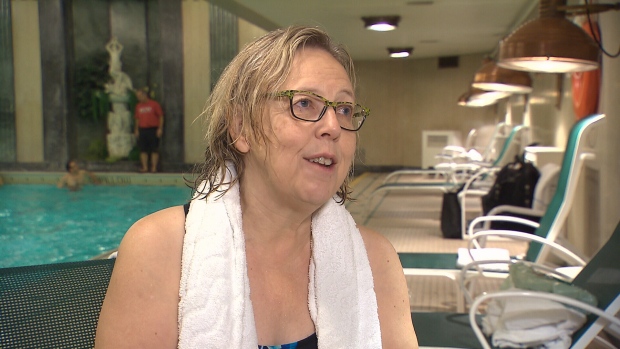 The five fitness buffs have set up a foundation to promote the National Health and Fitness Day, with the goal of making Canada the fittest country on earth.

"Overlaying this is the obesity crisis in Canada," Weston says.

"Less than seven per cent of children get even the minimum six hours a week of physical exercise, so we have a cardiovascular and diabetes crisis in the country that arises directly from that. A third of our kids are considered to be overweight or obese."

The resulting health-care costs of cardiovascular and diabetes patients run to the billions of dollars, Weston says.

But the benefits of exercise for the parliamentarians aren't just about health and fitness.

"Working with other MPs, you find common ground and the party distinctions start to fade as you work in common cause," Weston adds.

"It's good for the spirit in our House of Commons," Dusseault agrees. Once the MPs get to work in the chamber or in committees, "it makes it very different. It's much more friendly."

May says it also keeps her energy up.

"It's mental health and physical fitness to blow off steam with a good strong swim, instead of grabbing another cup of coffee."