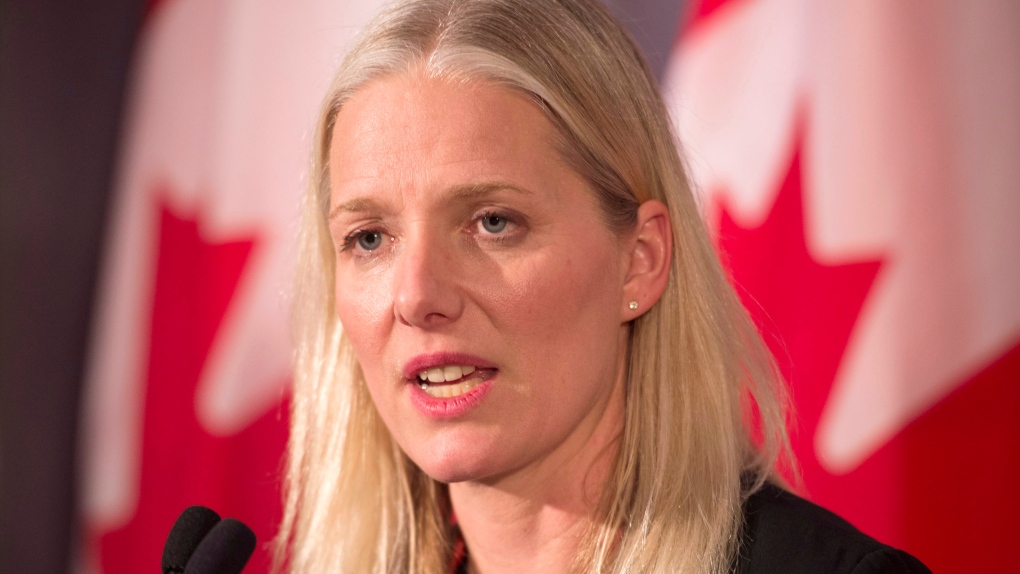 OTTAWA -- The Canadian government is under intense pressure to fill a leadership void as countries try to hammer out how they will hold themselves accountable for implementing the Paris climate-change accord.

Political leaders from most countries are in the small, coal-mining city of Katowice in southern Poland for the 24th meeting of the United Nations "Conference of the Parties," where the rulebook for the Paris agreement is supposed to be finalized.

With the United States preparing to leave the Paris agreement altogether, the host country less than enthusiastic about it and the biggest European powers distracted by domestic events like the Brexit crisis and riots against a fuel tax in France, Canada is being pushed to lead where they can't or won't.

The rules decided at Katowice are to dictate everything from how carbon markets work to what each country must do to report on their own emissions cuts and how they've helped finance the decarbonization of the developing world.

There is also a push for them to agree to make deeper emissions cuts, after the UN's Intergovernmental Panel on Climate Change reported earlier this fall that global targets must be substantially higher if the world has any hope of slowing catastrophic global warming.

Catherine Abreu, executive director of the Climate Action Network Canada, said at the moment the only developed country really fighting for tougher cuts to emissions is New Zealand.

"They need help," she said.

Other countries know that Canada is struggling to meet its own targets, that the Liberal government is facing legal and political pressure over its planned carbon tax and that Canada is continuing government support for developing oil and gas reserves.

Some officials are snarking that Canada is good for talking points but not action.

McKenna told The Canadian Press last week Canada will be ready -- as the Paris agreement requires -- to increase its targets for cutting emissions in 2020. It was a departure from an earlier line that McKenna had no plans to increase Canada's ambitions until policies were in place to realize its existing ones.

Abreu was thrilled about the change of tone but said she will be happier if McKenna says it at Katowice as well. Thus far she has not.

In a call with reporters Tuesday, McKenna said only: "We are absolutely committed to meeting our target."

She also said the Canadian government is well aware there are just 12 years in which to act, after which hope will be lost to keep the world from getting more than 1.5 C warmer than it was in pre-industrial times. The existing policies under the Paris agreement have the world on track to exceed 3 C in warming.

That report from the UN's Intergovernmental Panel on Climate Change says Canada would have to double its planned emissions cuts to do its share to keep the world to the 1.5 C goal, but Canada's existing policies don't even get us all the way to our current target, let alone anywhere close to a tougher one.

Abreu said bits and pieces of the draft set of rules put together by officials over the last week were released Wednesday but the politicians now have to do the heavy lifting to overcome some of the biggest obstacles.

Acknowledging the extent of the challenge could be Job One. This week started with the U.S., Russia and Saudi Arabia refusing to endorse the IPCC report. They were willing to "take note" of it but not "welcome" it, which was what Canada and most other countries wanted. COP rules are such that without a consensus, neither phrasing will appear in the final agreement in Poland.

The pressure to set the rules, and the risk that won't happen, is so acute United Nations General Secretary Antonio Guterres flew back to Poland Wednesday to try to light a fire under the political leaders.

"We're running out of time," he told the meeting Wednesday. "To waste this opportunity would compromise our last best chance to stop runaway climate change. It would not only be immoral, it would be suicidal."