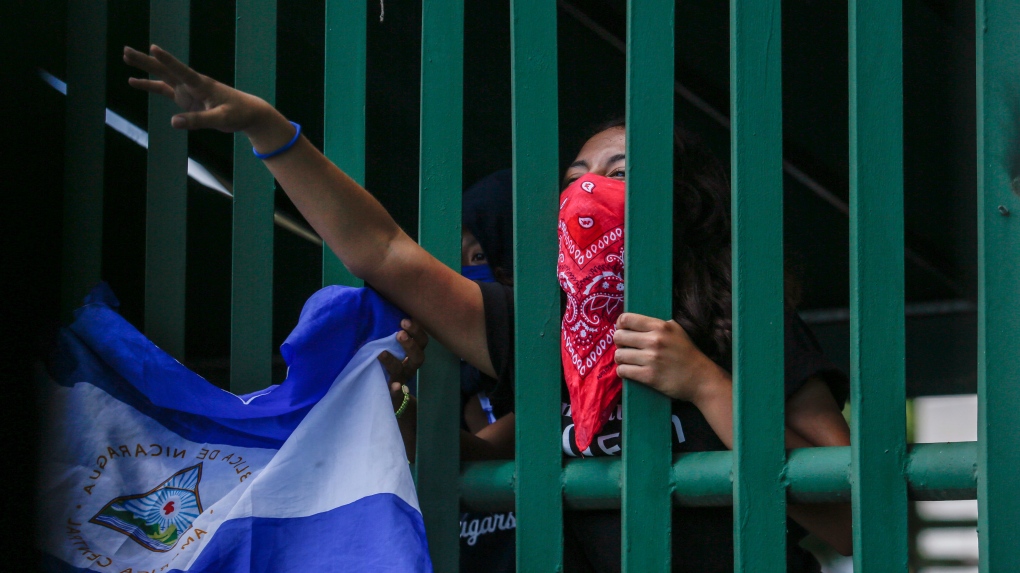 Nicaragua's government said Tuesday that it has released all prisoners detained in relation to 2018 anti-government protests, though the opposition maintains that more than 80 people it considers political prisoners are still in custody. (AP Photo/Alfredo Zuniga)

The sanctions aim to target what Global Affairs Canada called a systematic campaign of repression and state-sponsored violence against public protests and groups opposing the Nicaraguan government.

“Human rights violations in Nicaragua cannot continue with impunity. The Government of Nicaragua must be held accountable for its action and must bring an end to the current crisis through real dialogue with opposition groups,” read a statement issued by Minister of Foreign Affairs Chrystia Freeland.

“Canada will continue to stand with the people of Nicaragua and their legitimate demands for democracy and accountability.”

The officials targeted by the sanctions include the head of Nicaragua’s National Assembly, Gustavo Porras Cortes, the chief of the state-run telecommunications agency, Orlando Castillo Castillo, and the country’s minister of health, Sonia Castro Gonzalez.

Large-scale protests against President Daniel Ortega’s government broke out in April 2018. According to Human Rights Watch, the ensuing months-long police crackdown against protesters left 300 dead and more than 2,000 injured.

A report released Wednesday by the advocacy group called on governments in the Americas and Europe to impose sanctions on Nicaraguan officials.

“Daniel Ortega has shown no real commitment to justice for the victims of the brutal crackdown by National Police and armed thugs during the 2018 protests,” said José Miguel Vivanco, America’s director at Human Rights Watch, in a statement.

“The recent release of dozens of people detained in the context of the protests, many of whom are under house arrest and still face prosecution, cannot overshadow the fact that not a single police officer is even under criminal investigation for the beatings, rapes, nail removal, asphyxiation, and other atrocities.”

The sanctions were made in co-ordination with the U.S.