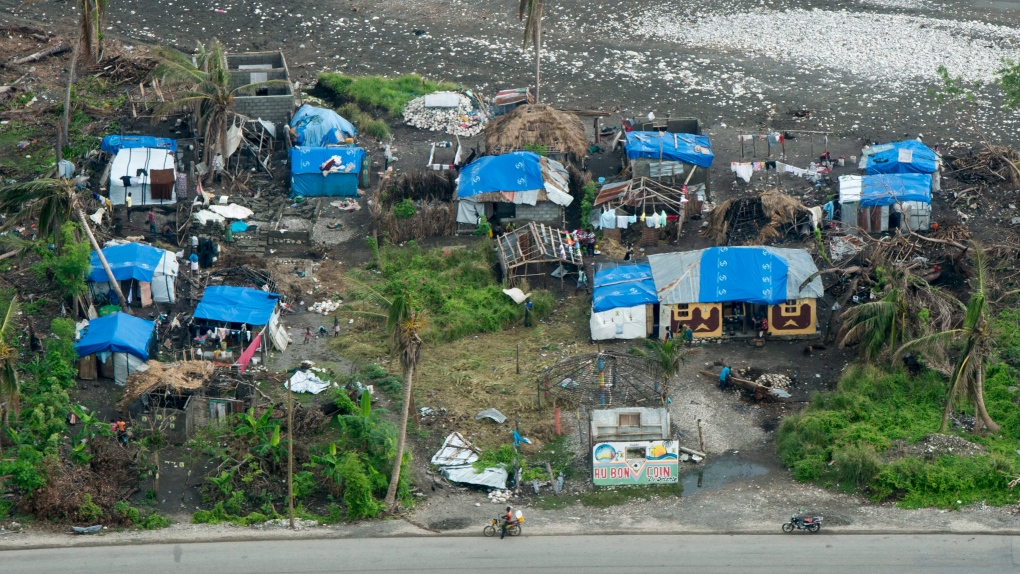 PORT-AU-PRINCE, Haiti -- Canada will give $54 million to Haiti over the next five years, including more than $2 million in immediate aid, International Development Minister Marie-Claude Bibeau said Friday.

The funding announcement came on the final day of Bibeau's three-day trip to the country, where she is seeing first-hand how Canadian aid money is being used in areas decimated last month by hurricane Matthew.

Most of the money will go towards long-term agricultural initiatives, but Bibeau says $2.65 million will be invested immediately to help those impacted by the disaster.

Part of that will go to the United Nations World Food Program, which is currently providing food to those left homeless.

And $1.4 million has also been earmarked for Haitian elections, which begin on Sunday after numerous disputes and delays.

Canada will help with voting logistics and provide independent observers.

Most of the money -- about $50 million -- has been set aside for developing long-term projects in the agriculture sector.

"It's resilient agriculture: the idea is to get the best projects to face climate change, natural disasters, draught and floods," Bibeau said in an interview.

Bibeau told humanitarian organizations at a roundtable meeting on Thursday that the government will show preference to projects that put an emphasis on women and girls.

One representative at the table suggested adding disabled people to that list, but Bibeau said she's starting from the premise that empowering women -- including financially -- will help to better serve other groups as a result.

The federal government is in the process of completing the review of its international aid policy, which will be presented early next year.

"I can already tell you that women and girls will be at the heart of all our priorities," Bibeau said.