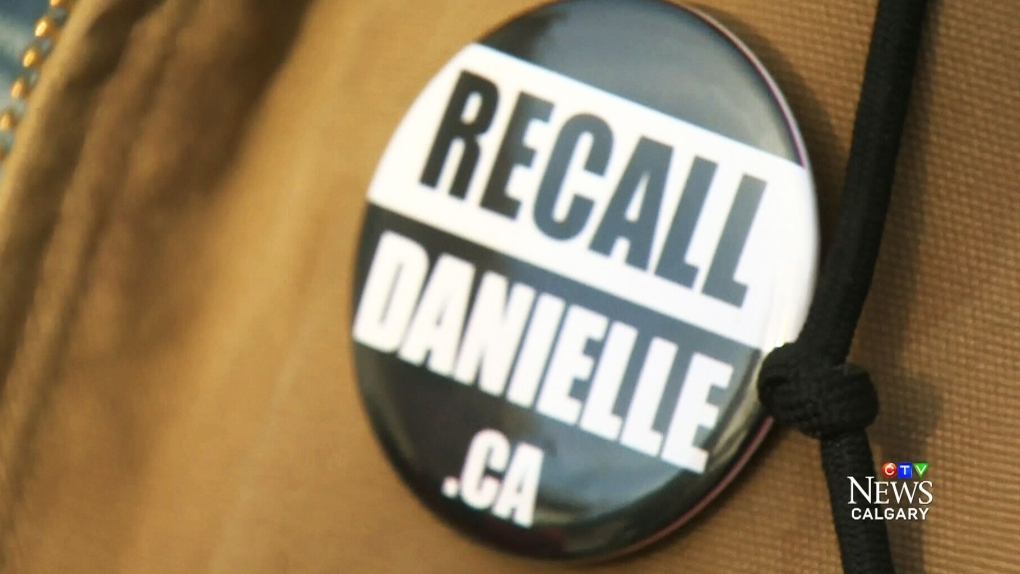 A movement calling on Danielle Smith, former leader of Alberta's Wildrose party, to step down after she crossed the floor and joined the governing Progressive Conservatives is ramping up.

The Wildrose party was reduced to only five MLAs after Smith and the others crossed the floor to join the PCs, who hold a majority in the provincial legislature.

The petition is calling on Smith to resign her seat and run in a byelection to win it back.

On Saturday, about 20 "Recall Danielle" volunteers canvassed the streets in Okotoks and Highwood to gather more signatures. Many residents expressed anger at the floor crossing.

"This whole crossing over has just broke everything apart," resident Jack Sluice said.

Chris Derrick and Malcolm Achtman were among the volunteers circulating the petition in Smith's riding of Highwood.

Derrick said the entire affair doesn't respect voters' wishes. "That it's maybe 20,000 to 25,000 votes that have more or less been chucked in the trash … that doesn't sit well with me," he said.

Achtman said the floor crossing is also damaging to the official opposition.

"It's important to have some kind of opposition," he said. "It seems to me, right now, that the Liberals would become the official opposition, but they're so low on the totem pole… that it wouldn't really be an opposition as such."

The online petition to recall Smith was started just before the Christmas holidays by two University of Calgary students. It has gained more than 7,500 signatures as of Sunday, representing more than 20 per cent of the votes Smith received during the last election.

Those calling for her to step down come from all parts of the political spectrum.

In response to the campaign, Smith released the following statement Saturday afternoon:

"I am continuing to gauge the reaction from my constituents and will be doing more consultation in the New Year. At the moment I am focused on two of the biggest issues in my constituency: helping to resolve outstanding DRP claims in High River and the need for a water pipeline for Okotoks. I'll continue to do the job I was elected to do, which is to represent the residents of Highwood to the best of my ability."

Meanwhile, the petition organizers said they are planning to present the petition to Smith at her constituency office.

With a report from CTV Calgary's Bridget Brown