Campaign 2.0: What to expect 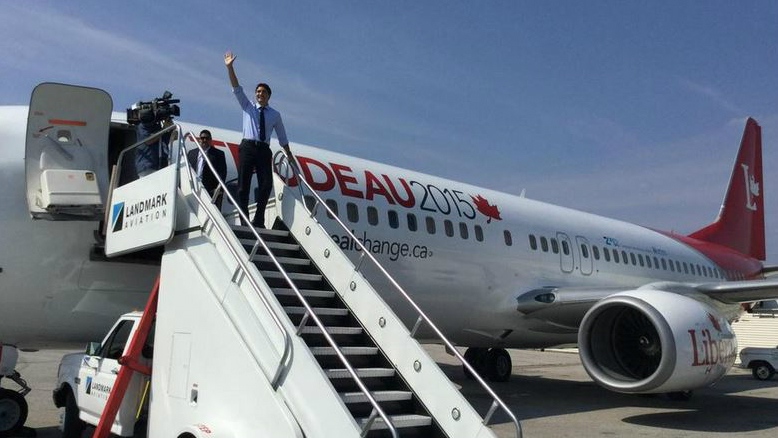 The warm-up campaign is over. It’s game time.

Here’s what to expect as the parties head into campaign 2.0.

One sign that things are gearing up: campaign planes.

For the first half of the campaign, the parties mostly relied on buses to get around. But now they are rolling out their pricey logo-wrapped planes.

The Conservatives were the first to unveil their plane last week. Every election, reporters come together to name the campaign planes. The Conservative plane has been declared the “Economic Action Plane,” with the help of CTV’s Richard Madan.

The Liberals revealed their plane Monday, taking its inaugural flight to P.E.I. for a campaign event that evening.

The NDP will unveil their plane Tuesday.

We can expect to see more attack ads as the campaign kicks into high gear. The Conservatives and NDP released new attack ads just in time for Labour Day.

Liberal Leader Justin Trudeau, who has been the focus of the Conservatives’ ads for more than two years now, has said he would prefer to not use attack ads himself. Rather, the Liberals have issued softer attack ads targeting Harper. This ad, posted to social media, features a quote from Harper attacking his handling of the Duffy affair.

Harper won’t fire those involved in the #Duffy cover-up. On Oct. 19, it’s time for Canadians to fire Harper. #elxn42 https://t.co/UzeYsHYQvY

Watch closely for campaign pivots over the next six weeks as new issues emerge and older issues resurface.

Last week was a prime example of how quickly the focus of an election campaign can turn. After weeks of discussion about the economy, attention shifted to the Syrian refugee crisis after a photo of a drowned Syrian boy, three-year-old Alan Kurdi, whose aunt lives in B.C., surfaced on the Internet and captivated the world.

On Monday, Conservative Leader Stephen Harper brushed off calls to put politics aside and hold an all-leaders meeting to reach a Canadian consensus on the Syrian refugee crisis. His comments come as Mulcair and Trudeau amp up the pressure on Harper to accept more Syrian refugees and speed up the application process.

With less than seven weeks to go until election day, many groups are also trying to influence the campaign trail. For instance, there is a growing push from health groups to put a national pharmacare program on the agenda while labour unions are preparing to launch an anti-Harper campaign.

Focus on the battlegrounds

The leaders will likely spend more time in battleground ridings as Oct. 19 approaches. With 30 new ridings added for this race, there’s plenty of opportunity for the parties to grab new seats.

All three major party leaders spent at least part of their Labour Day in the Greater Toronto Area, which is viewed as one of the biggest battlegrounds this election. Canadians can also expect to see the leaders spending lots of time in B.C. and other parts of Ontario, trying to garner votes.

Mistakes become increasingly memorable to voters the closer they occur to election day. Leaders and candidates will tread carefully to avoid saying or doing something that could get them into hot water.

Two Toronto-area Conservative candidates experienced that on Monday, when controversial videos of them surfaced online.

Jerry Bance was dropped after a2012 undercover news video from CBC’s Marketplace surfaced, showing him urinating in a coffee mug, then dumping the contents in the sink before rinsing the mug. And Tim Dutaud resigned after an online group claimed to have identified him as the man crank calling women in a YouTube video from 2009.

The story followed Harper onto the campaign trail Monday.

"We expect the highest standards of our candidates and that's why these individuals are no longer candidates," Harper said at an event in Toronto.

While past patterns indicate how a campaign could unfold, sometimes it’s the most unexpected events, leaks and polls that have the deepest impact.

The leaders have already felt the effect of world affairs as they faced questions about the Syrian refugee crisis.

And while the leaders say they don’t pay much attention to the polls, a drastic change in numbers will affect a party’s strategy.

Parties also save the dirt they have on one another for strategic leaks throughout a campaign. They may leak this information to media or release it on their own in an effort to throw their opponents off.

Even factors like weather can weigh into a leader’s ability to reach out to voters, who may not want to bear a snowstorm or the rain to come to a campaign event.