Calling Trump out worth the risk of reigniting trade tensions: Singh 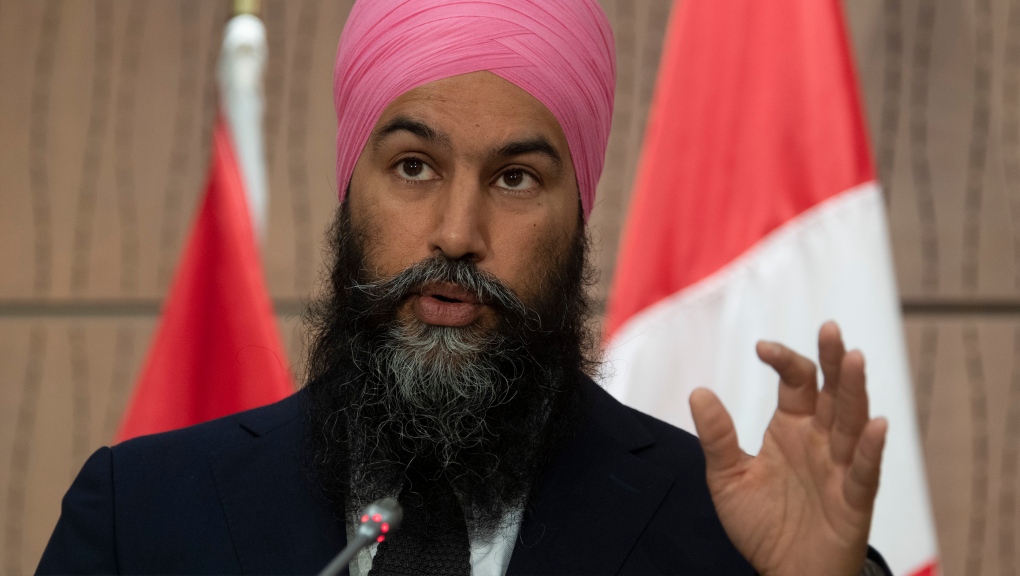 NDP leader Jagmeet Singh responds to question from the media during a news conference Wednesday June 3, 2020 in Ottawa. THE CANADIAN PRESS/Adrian Wyld

“Certainly there is a risk, but at the end of the day, that is a calculated risk that we have to speak up when something is so wrong,” Singh said in an interview on CTV’s Question Period. “This is where courage requires us to stand up, knowing the risks.”

“There is so much interrelated trade between America and Canada that as much as Mr. Trump wants to threaten trade wars, the economies are so interlinked that when President Trump threatens to hurt Canada, it also hurts America,” Singh said.

Over the course of the trade negotiations leading up to the ratification of the new North American Free Trade Agreement (NAFTA) Trump imposed a series of tariffs on Canadian steel and aluminum, prompting retaliatory trade sanctions from Canada on a wide range of products, from playing cards to motorboats.

Singh has been critical of Prime Minister Justin Trudeau’s responses to questions about racism both in the U.S. and in Canada throughout the week and he has been calling on Trudeau to go further in his criticism of Trump.

On Tuesday, Trudeau was asked for his thoughts on Trump's call for military action in response to protests that have taken place across the U.S. in opposition to police brutality.

It took Trudeau 21 seconds to respond to the question—a long pause that circulated globally—and when he did answer, his response did not mention Trump by name once.

“We all watch in horror and consternation what’s going on in the United States,” Trudeau said.

"It is a time to pull people together, but it is a time to listen, it is a time to learn what injustices continue despite progress over years and decades,” he continued, before speaking to the need to recognize that racism remains a reality in Canada as well.

Singh said that “in this case it was cowardice,” and not strategic diplomacy as some have suggested.

“It’s difficult to do the right thing,” Singh said.