By releasing emails, Jeb Bush opens window to his time as Florida governor 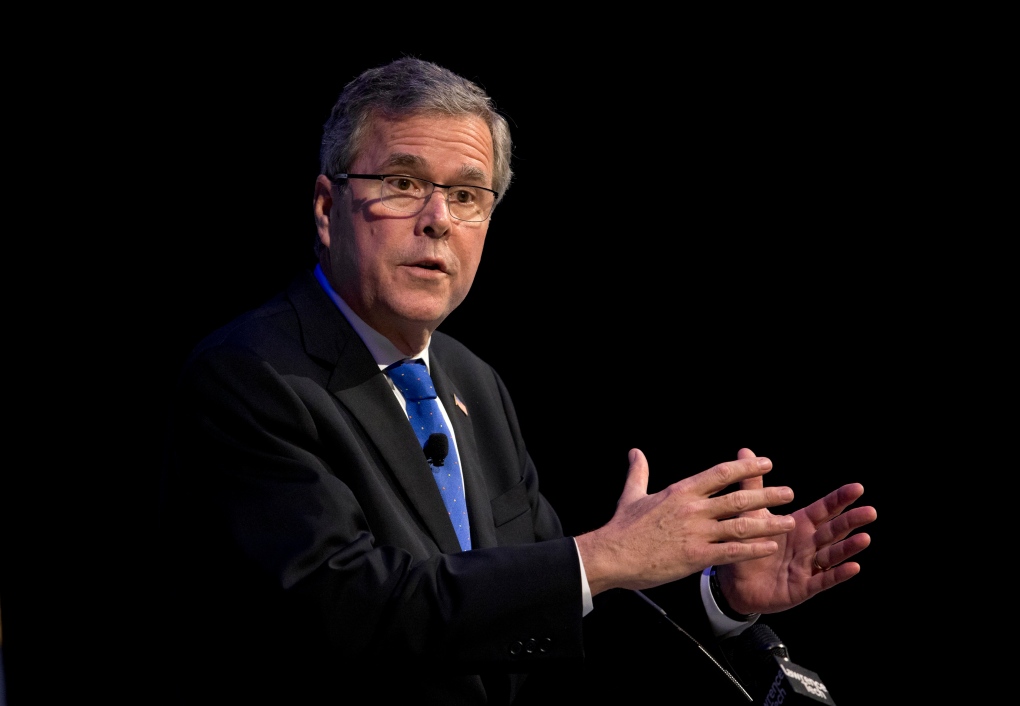 DES MOINES, Iowa -- Jeb Bush released a trove of emails from his time as Florida's governor on Tuesday, a massive yet incomplete record selected to show the likely Republican presidential candidate as in touch with constituents and closely involved in his work as the state's chief executive.

The release, which came with the first chapter of an e-book that chronicles Bush's obsession with communicating by email, is a vast and ground-breaking exercise in transparency for a presidential prospect -- even if it's not a complete record of Bush's administration.

Nor was it intended to be, aides to Bush say.

"The focus of the project is to make them more widely available," said Bush spokeswoman Kristy Campbell.

Florida's open records laws are among the strongest in the nation, meaning the emails released Tuesday -- all of those sent to and from Bush's personal email address from 1999 to 2007 -- have long been open to public review. They account for a sliver of the Bush archive, and don't include emails sent to and from his official government email address, as well as other records such as office notes and calendars.

But by cracking open his Blackberry for inspection on a new website, and pairing it with what amounts to a reader's guide to the hundreds of thousands of messages, many only a few words long, Bush is able to shape how the emails define him among his would-be GOP primary opponents and Democrats already trying to paint him as an out-of-touch businessman little different than 2012 nominee Mitt Romney.

In the book chapter, Bush writes that he was seldom without his Blackberry while serving as governor from 1999 to 2007, spending roughly 30 hours per week reading and returning email to staff and Florida residents.

Bush casts himself as being readily accessible, to the point that he freely gave his personal email address to constituents. "As much as I could, I emailed back," he writes, describing the experience as "quite humbling" at times, but "always eye opening, and (it) certainly kept me on my toes."

While replying to schoolchildren and Florida's least connected, Bush also comes off as a detail-oriented list-keeper, who at times tersely reminded aides of deadlines.

After taking office in January 1999, Bush advised staff that the state's then nascent website needed a thorough upgrade. Hearing nothing, two weeks later he ended his follow-up: "If you disagree, come and tell me why. If you agree, help me make it so."

But even amid the flood of emails that show Bush interacting with aides on a wide range of topics, the electronic trail of those topics is at times interrupted or incomplete.

From his earliest days as governor, for instance, Bush's administration had to develop and shepherd his first state budget through the Florida legislature.

But the earliest email files, dating to Bush's first days in office, show him dealing with aides on a budget plan that was already in mid-stream. The emails released Tuesday provide no evidence of Bush and his aides grappling over his budget proposal in its infancy.

One of Bush's first emails, dated Jan. 9, 1999, Bush notes that "as you know we are going to propose a lump sum amount of money" for economic development programs in the state." But there are no prior emails that show Bush and his aides proposing and working over that lump sum idea.

Bush's aides say most of those interactions were in person during hours-long sessions in the governor's office, which are documented on paper. Those documents, as well as calendar items, gifts from foreign dignitaries and countless other items from Bush's eight years in office, are available for public review at the state archives in Tallahassee.

Also not included in Tuesday's release are telephone records, including those marking the roughly 40,000 calls Bush's office received during the legislative and court battle over whether to end life support for Terri Schiavo. The brain-damaged Florida woman died in 2005 after her feeding tube was removed. Schiavo's husband wanted her feeding tube removed, against the wishes of her parents. The governor's efforts to order that she remain on life support were later ruled unconstitutional.

The emails Bush highlights in the book chapter include examples in which he paid particular attention to child welfare, education spending and veterans, while focusing on conservative economic priorities such as cutting the number of state employees and cutting taxes.

They surface as Bush has said focusing on lower and middle-income Americans would be the focus of a potential national campaign.

"Jeb's attempt to rebrand himself as a champion for middle class opportunity is as laughable as the idea of Mitt Romney as an anti-poverty crusader," Democratic National Committee spokesman Ian Sams said in a statement.

Sams was referring to Romney's brief consideration of a 2016 campaign for president, which he said would have focused on low- and middle-income Americans.