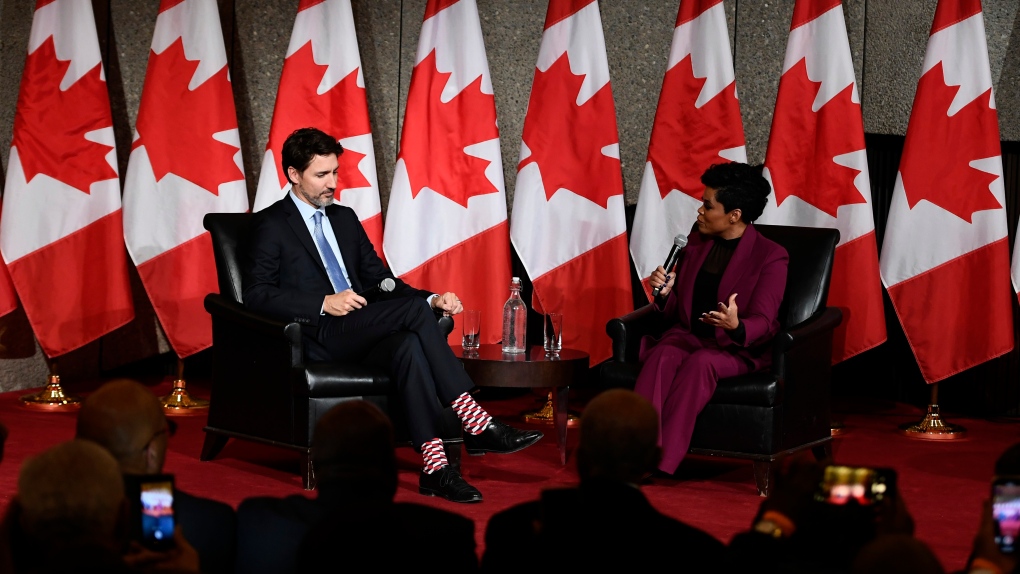 OTTAWA -- Marci Ien, co-host of CTV's The Social, will be appointed the Liberal candidate in the riding of Toronto Centre — which, until recently, was the seat held by former finance minister Bill Morneau.

The Liberal Party's spokesperson Braeden Caley confirmed the news in an emailed statement sent to CTV News on Thursday.

"Devoted Toronto community leader and veteran broadcaster Marci Ien will be the Liberal candidate for the upcoming by-election in Toronto Centre," Caley said in the email.

He also said that the Liberals will be appointing Ya’ara Saks as their candidate in York Centre, the seat previously held by Liberal MP Michael Levitt.

This marks a huge shift from the Liberals' previous approach to elections. Ahead of the 2015 election, the Liberal Party emphasized the importance of open nomination processes, where hopeful Liberal nominees would battle it out to win the most votes and secure the candidacy in any given riding.

"When Justin Trudeau committed to hold open nominations in 338 ridings across the country, he made something crystal clear: our open nomination process is there to ensure that local Liberals, in every riding, get to choose who they want to represent them in the next election," reads a post on the Liberal Party website from March, 2014.

"It wasn't for him as Leader to decide – it was for Liberals to decide."

However, this time around, the leader did decide who would represent the Liberal Party in the two upcoming byelections.

Before the party confirmed there would be no nomination race, Ien had announced her planned bid on social media on Thursday.

"I've always strived to provide a voice to people who need it most — and now more than ever, we need all Canadians' voices and aspirations to be reflected in the hard work of building a better future," Ien wrote on Twitter.

"That's why I'm running to be your Liberal candidate in Toronto Centre."

Ien said she has taken leave from Bell Media to pursue this goal, adding that as a broadcast journalist, she hopes to "connect in a new way" with the public.

Ien was the second candidate to throw their hat into the race, after Toronto lawyer Paul Saguil declared his intention to seek the nomination last week. Saguil is currently employed by the TD Bank Group, where he works as the deputy head of its sanctions compliance and anti-bribery/anti-corruption program.

CTV News contacted Saguil for comment on the news of Ien's appointment Thursday afternoon, but has yet to hear back.

Meanwhile, now that Ien has secured the nomination, she will represent the Liberals in the Toronto Centre byelection — and she can likely expect a landslide win, as the seat has been Liberal since 1993.

Morneau, who previously held the seat, resigned as both finance minister and as the MP for Toronto Centre on Aug. 17, amid the ongoing WE Charity scandal — though he would not directly attribute the decision to the WE controversy.

The government's decision to give WE Charity a now-cancelled contract to deliver a grant program for students came under fire after the charity's ties to the families of Morneau and Prime Minister Justin Trudeau were revealed.

WE Charity paid in part for two trips that members of Morneau's family took in 2017 — one of which Morneau himself took part in. Morneau apologized for the "error" and in late July repaid the $41,000 the charity had initially covered related to the trips. The former finance minister's daughter Clare has also spoken at WE events, and his daughter Grace is currently employed by WE Charity.

Following Morneau's resignation, the seat became vacant. That meant the clock began ticking for a byelection call, which must be made within roughly six months.

With five months remaining in that timeline, it could be some time before the winner of the byelection finds themselves sitting in the House of Commons.