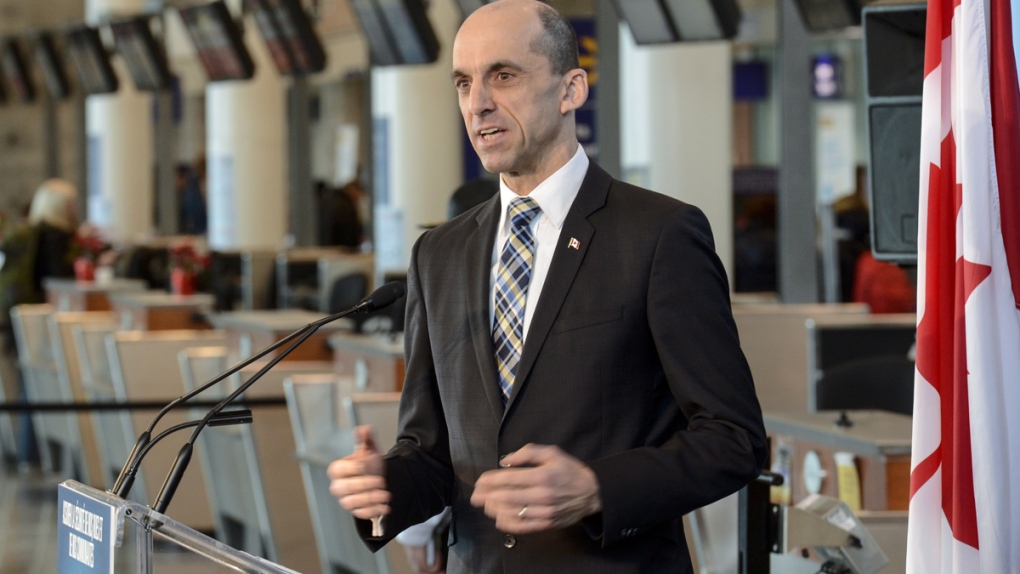 Blaney also announced that 51 “dangerous individuals” have been removed from Canada since 2011, thanks to the “Wanted by the CBSA” program.

The program was launched as a tool to help border officers locate criminals with outstanding deportation orders.

"In this past year alone, more than 30 dangerous criminals were identified and intercepted by the agency thanks to the support of the Canadian population," Blaney told a news conference at Pierre Elliott Trudeau International Airport in Montreal.

"If we're here, it's to thank the Canadian population for its collaboration in supporting the work of the CBSA in putting its hands on 50 dangerous criminals during the last three years," he said.

With a files from The Canadian Press