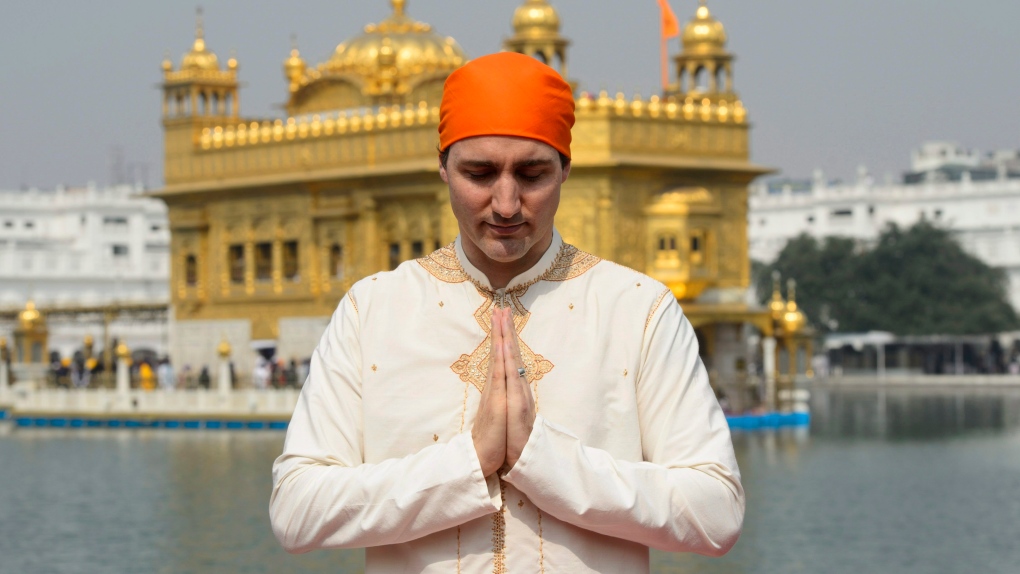 Prime Minister Justin Trudeau added another cringe-worthy moment to an India trip already fraught with controversy, by attempting to show off his pedestrian bhangra dance moves in front of an Indian crowd at a public event.

The PM busted a few bhangra moves as he took the stage in front of a large crowd at Canada House, waving his arms and stepping to the steady music of a drum. He paused the performance briefly to clap along with his wife, Sophie Gregoire Trudeau, then returned to dancing for a few more seconds.

The brief performance drew mixed reviews on Twitter, where many labelled it another over-the-top attempt to embrace Indian culture.

It's as if Trudeau binge watched Bollywood movies from the 1970's and assumed that they were an accurate reflection of modern India.#Cdnpoli #Indiapoli #Stereotype @incredibleindia @IndiaToday #CaptainCrayon #peoplekind https://t.co/cvMSTR19y9

My friggin’ gawd. We may need an extraction team. https://t.co/Q9zWQk8qk7

"This is one for the history books," Trudeau says about his visit.

However, some appreciated the attempt.

Damn, those are pretty awesome bhangra moves. Not easy to do. https://t.co/ic9jbd6EBK

It's official, I think we should keep him. You can take ours https://t.co/sGs5kUyoRN

Trudeau dancing Bhangra lmaoooooooooooo he dances it better than me

It’s not the first time Trudeau has gone viral with his bhangra moves. Video surfaced in late 2015 of Trudeau performing the traditionally Punjabi dance at a community event in Montreal. The footage, which was recorded in 2009, made positive headlines in Canada and India.

The headlines have been markedly different during the PM’s current trip. He has been ridiculed for his “too Indian” cultural outfits and grilled for flying in a renowned Indian chef at Canadian taxpayers’ expense. He’s also been plagued by issues related to Sikh separatism, which only grew more intense when a convicted extremist was photographed with Sophie and invited to a dinner hosted by the PM.

Trudeau says he will sit down with the Liberal MP who was responsible for inviting the failed assassin next week.