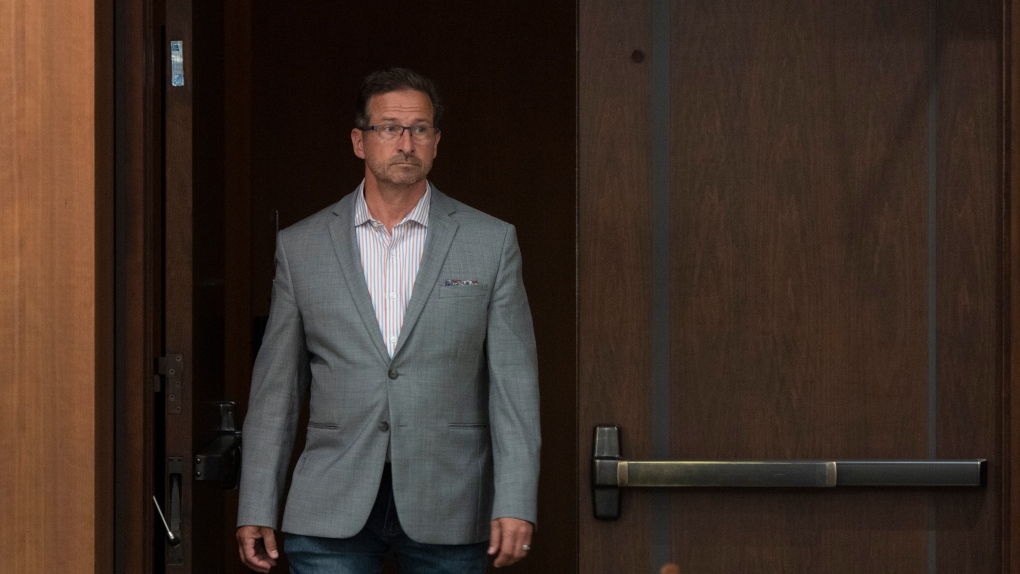 OTTAWA -- Bloc Quebecois Leader Yves-Francois Blanchet has been diagnosed with COVID-19, the party has confirmed.

"He will remain in isolation at his residence in Shawinigan until September 26 in accordance with instructions from the Quebec Public Health Department," said the party in a Friday statement.

"He is doing perfectly well."

The news comes just days after his wife, Nancy Deziel, said in a tweet that she is in self-isolation after testing positive for the virus. The entire Bloc Quebecois caucus, including Blanchet, has been self-isolating since a staff member tested positive on Monday.

"The day after the announcement of a case in his cabinet, Mr. Blanchet and the MPs present at the September 8 caucus had already placed themselves in administrative segregation," the Bloc Quebecois statement confirms.

"The leader of the Bloc Québécois recalls the importance of distancing measures, wearing masks and washing hands and invites Quebeckers to follow the instructions of the Government of Quebec if they show symptoms or if they have been in close contact with an affected person."

While Trudeau, on the advice of public health, did not get tested at the time, he has said he plans to get a serological test once an effective model becomes widely available.

Conservative Leader Erin O'Toole is also awaiting his test results after being tested in Gatineau, Que. on Thursday — where he had to turn after being unable to get tested at an at-capacity Ottawa facility on Wednesday.

O’Toole and his family went into self-isolation on Wednesday, as have his employees, after a member of his staff who he was recently travelling with tested positive for the virus.

With two federal leaders in isolation, one having been diagnosed with the virus, questions are flying about the looming throne speech vote.

Trudeau is slated to deliver his government's throne speech on Wednesday. When it comes time for the vote to determine whether a majority of MPs agree with the government’s vision for the upcoming session — a vote that could topple the government — there is no answer yet as to how self-isolating MPs will make their voices heard.

The prime minister said on Wednesday that it would be "extremely unfair" to not find a way to allow remote or self-isolating MPs to vote, expressing his support for virtual voting.

"That's why we're going to be moving forward with a form of distance voting that will allow every parliamentarian to make sure that their community is heard, as we move forward on important measures," Trudeau said.

Trudeau has not given any indication as to whether the possibility of delaying the throne speech is on the table, and in every press conference has continued to say it’s happening on Wednesday — making the question of how MPs will vote on the speech all the more pressing.

The government is currently testing a new app developed by the House of Commons to try to tackle the issue, but Government House Leader Pablo Rodriguez has also suggested voting by Zoom — meaning MPs would be counted through their screens.

Meanwhile, the NDP have indicated their support for a hybrid model of voting — with some votes happening in person, and other remotely. Throughout the pandemic, however, the Conservatives have opposed the idea of remote voting. In the spring, they suggested a series of alternative in-person ways to allow MPs to vote in rounds or phases while still requiring politicians to be present for their vote to be counted.

"When we start talking about voting, that's a little bit different," Vecchio added,saying the MPs are "looking at other opportunities" and "continue to negotiate with the House leaders."

NDP MP Peter Julian also reiterated that the NDP has been pushing for a hybrid Parliament "from the very beginning."

"The reality is, we cannot have 338 members of Parliament not just being in Ottawa together, but going across the country. For many MPs, they're going through three or four airports before they get between their riding and Ottawa," Julian told Power Play, echoing Vecchio.

"We need to have a full Parliament with hybrid voting, and that means members of Parliament voting, physically distancing, some in Ottawa, but MPs participating from wherever they are across the country."