Bill would give CRTC power over user-generated content, but it won't use it: chair 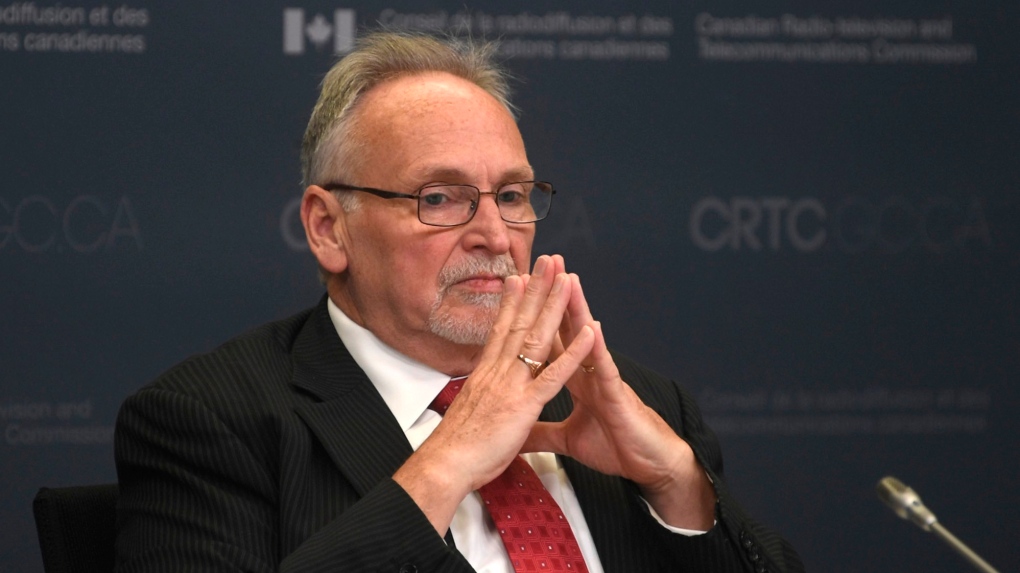 CRTC Chair Ian Scott is seen at the start of the first day of hearings on mobile wireless service, Tuesday February 18, 2020 in Gatineau, Que. THE CANADIAN PRESS/Adrian Wyld
Ottawa -

The chair of the Canadian Radio-television and Telecommunications Commission says a federal bill would give it power to regulate user-generated content, such as homemade videos posted on YouTube.

But Ian Scott predicted at a House of Commons committee that this would never happen as the broadcast regulator has no interest in overseeing content produced by individuals.

Even so, critics of the online-streaming bill have seized on his remarks, saying they contradict assurances by Heritage Minister Pablo Rodriguez that it would not give the regulator power over homemade content, such as cat or cooking videos.

Bill C-11, now going through Parliament, would update Canada's Broadcasting Act and give the CRTC power to regulate online platforms such as YouTube, Netflix, Amazon Prime, Spotify and TikTok, along with traditional broadcasters. It would make digital platforms promote Canadian content, including films, music videos and TV programs, and contribute financially to their creation.

Scott Benzie, executive director of Digital First Canada, said the CRTC chair confirmed what digital-first creators have been saying since the bill was published. They have warned it could give the regulator power over their work, including posts by comedians, animators and gamers on platforms such as YouTube, TikTok, Snapchat and Twitch.

Benzie accused the federal government of being misleading by claiming the bill would not capture user-generated content.

"It's nice to see that the truth is finally out on the table," Benzie said. "The bill captures everything. Once the CRTC has these powers, it is real tough to undo legislation."

Rodriguez said in a statement: "With Bill C-11, we're asking the online streaming companies that benefit from Canadian culture to contribute to it. Canadians and their content are excluded. Period."

The minister added that the CRTC's decisions are "transparent and open to public participation."

"Contrast that with the 26 million videos taken down last year by YouTube with minimal oversight and transparency -- and no public accountability," the minister said.

The CRTC chair spoke about the bill at a House of Commons heritage committee on Wednesday. Scott told MPs that the bill, in its current form, would allow the CRTC to regulate user-generated content.

"As constructed, there is a provision that would allow us to do it as required," he said.

He added that the CRTC had no interest in regulating such content and had never done so.

"There should be a higher degree of trust in relation to the commission's future actions," he told the committee, explaining that in 50 years of broadcast regulation the CRTC had "never interfered with individual content."

Scott's five-year tenure as chair ends in September and the federal government is already accepting applications for his job, with a salary of up to $328,000 a year. The job advertisement seeks experience in digital media, broadcast or telecommunications.

The CRTC has faced criticism that it might lack the expertise to regulate the digital sphere, a claim that Scott, when asked about it at the committee, vehemently disputed.

The regulator said in a statement after Scott's appearance that "as it's drafted at the moment, the bill draws a distinction between the users of social media and the platforms themselves. It's clear to the CRTC that the bill's intent is to exclude individual users from regulation."

The CRTC added that "the content itself can be the subject of some regulatory oversight, but only in certain limited circumstances," such as if it generates revenues, is available on other platforms such as television and is categorized by a unique, internationally assigned identifier.

It said if the CRTC opts to put regulations in place, they would have to be designed to achieve the Broadcasting Act's policy objectives.

YouTube warned at a national culture summit earlier this month that the bill, as worded, would give the CRTC scope to oversee everyday videos posted for other users to watch.

The online-streaming bill contains a clause excluding from regulation videos uploaded by a user for other users to watch.

This is followed by qualifying clauses saying the CRTC can make regulations relating to "programs," which YouTube warned would give the regulator the discretion and scope to oversee a wide range of digital content, including home videos.

Jeanette Patell of YouTube Canada said in a statement: "We've heard from the government that they don't intend to regulate user-generated content (UGC), but the Chair of the CRTC has confirmed that UGC still remains in the bill text."

"Our simple ask is that they resolve this inconsistency and include specific language in the bill to exclude UGC from CRTC regulation, to protect thousands of Canadian creators who earn a living on digital platforms."

YouTube has said the number of Canadian content creators making more than $100,000 a year on its platform is increasing every year.

Michael Geist, the University of Ottawa's Canada Research Chair in internet law, said user-generated content is not "out of the bill."

"Scott's remarks confirm what was plainly obvious for anyone who took the time to read the bill," Geist said.

"The door is wide open for the CRTC to establish regulations on user content including discoverability rules that could harm Canada's digital-first creators. There are good reasons no other country in the world regulates user content in this way."

This report by The Canadian Press was first published May, 20, 2022.