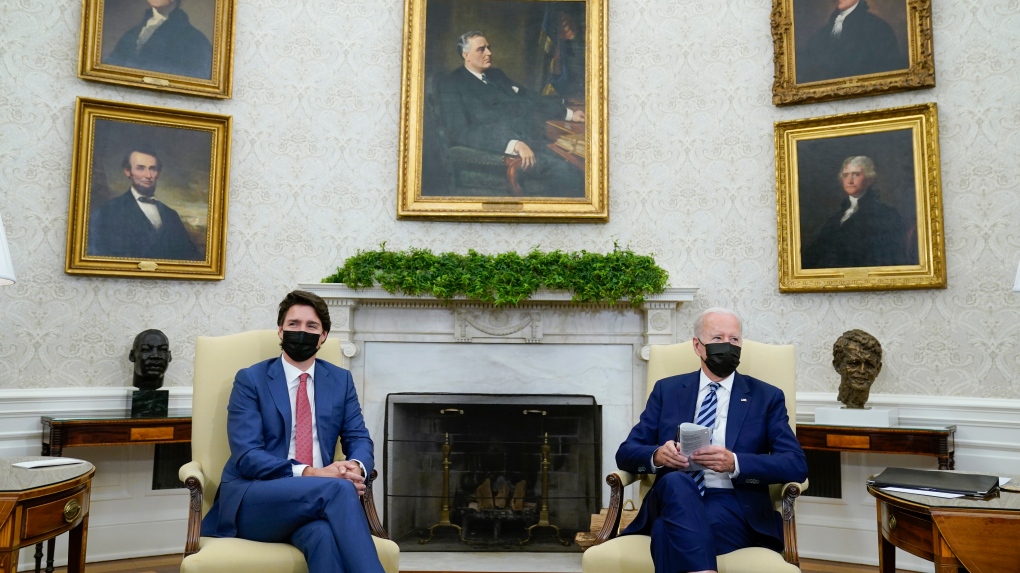 Gifts by heads of state to other world leaders are not just a gesture of friendship, but a tool of diplomacy, carefully chosen by protocol advisers to reflect the recipient's taste.

What Trudeau might not have known when he was handed the polarized sunglasses in a case stamped with the White House insignia, was that only months before Biden had given the exact same pair to Russian President Vladimir Putin, arguably the U.S. president's greatest adversary on the world stage.

Biden gave Putin a pair of the 23-karat-framed aviator shades at a summit in Geneva, Switzerland, in June, the first time the two presidents met.

Andrew Sabl, professor of political science at the University of Toronto, said the duplication of gifts was "awkward" but probably the fault of the White House protocol office.

"There is a certain awkwardness in having done that, even if it is not the president's fault," Sabl said. "When the character in the movie 'Scrooged' gives a bath towel to half of his Christmas list and a video player to the other half, that is not meant to illustrate excellent interpersonal skills."

Biden frequently appears in aviator sunglasses with black lenses, and Trudeau sometimes sports horn-rimmed shades in the summer while wearing a suit. Putin is better known for posing in shades shirtless, including on a horse.

While Canada is America's closest ally, relations between the White House and Kremlin have long been strained, and in past weeks have grown still more fraught over Russia's build up of troops on Ukraine's border.

Randolph, the U.S. engineering firm which made the aviator sunglasses, supplies them to U.S. Navy and air force pilots. Its Massachusetts plant also makes some fashion lines. The Concorde aviators that Trudeau and Putin received sell for around US$300.

Sarah Fawle, a spokeswoman for Randolph, confirmed that Biden had given Putin the identical model he had given Trudeau. She said the firm had been asked by the White House's protocol team for several pairs of gold-framed Concorde aviators with polarized grey lenses, for official gifts.

"I am sure Trudeau would look fantastic in them," added Fawle.

Olivia Rodrigo, the teen star of "High School Musical," was given the same pair when she visited the White House last summer. Biden also gave her an ice cream scoop which the singer said she at first mistook for a shoe horn.

Trudeau declared his sunglasses and a watch that Biden gave him at the Three Amigos summit on the official register of gifts. MPs have to declare gifts worth over $200 under Parliament's ethics rules and are not allowed to accept any that might be seen as inducements. However, they may accept gifts received as an expression of courtesy or protocol, including at a summit.

The Prime Minister's Office declined to comment and the White House did not immediately respond to a request for a response.

Afghanistan's Taliban rulers on Sunday began enforcing an order requiring all female TV news anchors in the country to cover their faces while on-air. The move is part of a hard-line shift drawing condemnation from rights activists.