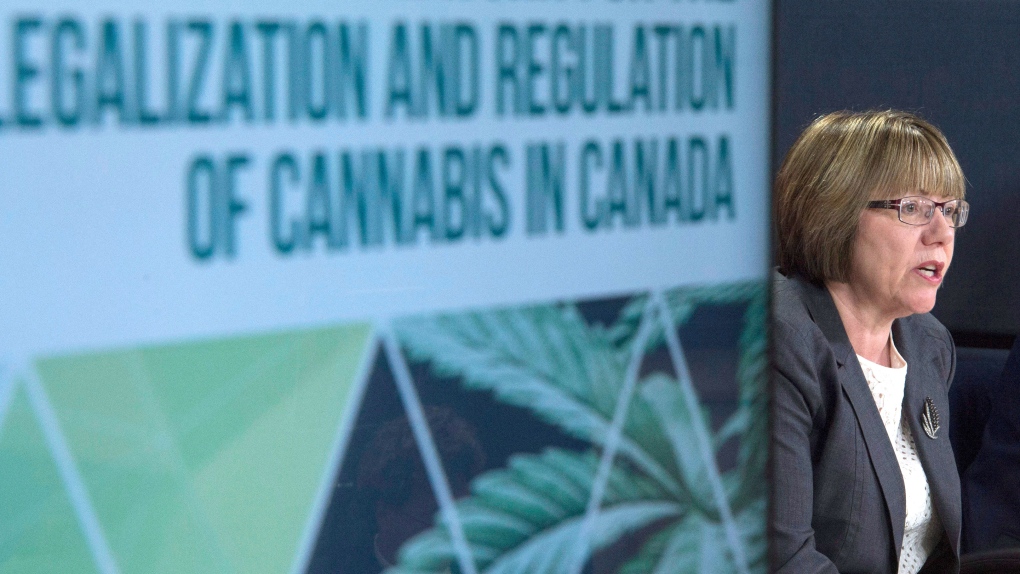 Leader of the Federal task force on marijuana Anne McLellan speaks during a news conference in Ottawa, Tuesday December 13, 2016. THE CANADIAN PRESS/Adrian Wyld

OTTAWA -- Banning Canadians from growing a few marijuana plants in their homes or backyards once recreational cannabis is legalized would be both paternalistic and unenforceable, former federal justice minister Anne McLellan says.

McLellan, who chaired the federal task force on cannabis legalization, offered that opinion Wednesday during an appearance before the Senate's social affairs committee, which is examining the federal government's bill to legalize pot use.

The bill would allow individuals to grow up to four plants per dwelling -- a provision that has raised concerns among senators, apartment and condo owners, municipalities and police.

Moreover, the Quebec and Manitoba governments have decided to prohibit home cultivation altogether -- a move which could ultimately lead to a legal squabble over constitutional jurisdiction between Ottawa and the provinces.

McLellan declined to weigh in on the potential constitutional dispute, but she vigorously defended the task force's recommendation, adopted by the government, that individuals be allowed to grow a small number of plants.

"Let's not be too paternalistic," she told the committee.

Expanding on that remark later outside the committee, McLellan said banning home cultivation would amount to "the state saying, 'Oh, we've legalized this but, by the way, we don't trust you to grow any of it yourself.'

"It is paternalistic, it is unenforceable," she added, noting that a lot of Canadians already grow a plant or two at home.

In any event, she predicted "very few" people will bother to grow their own weed -- running the risk of their pets or kids getting into it, reducing the resale value of their home or getting kicked out of their apartment or condo -- once there's a readily available, safe, legal, commercial supply.

"We think there'll be very few of them over time ... just as you discover with wine making," McLellan said.

"Most people say, 'Why would I do this? I can stop on the way home and I've got a whole lot more choice and quality assured at the retail store.' Whereas if you're growing your four plants outside, maybe somebody's fertilizer or pesticide flew over the fence or a dog pees on it. Who knows?"

Last week, the Senate's legal and constitutional affairs committee proposed that the federal bill be amended to prohibit home cultivation. Alternatively, the committee suggested that the bill explicitly recognize provincial authority to ban home cultivation if they choose.

Senators have heard concerns about children getting access to home-grown pot and plants draining power and water in multiple-unit dwellings, triggering complaints about mould and smell.

But Dr. Mark Ware, medical cannabis researcher and vice-chair of the legalization task force, said there are already lockable, self-contained, home-growing modules available that would negate most of those problems.

"It's like a big fridge where you just open the door and there are your four plants, it's all contained, enclosed and sealed," he said.

"Technology is transforming home cultivation," added McLellan. "It's not four mouldy plants in your basement."

Ware said municipalities have a role to play in regulating home cultivation. They could, for instance, require people to obtain a permit to grow pot at home and help educate them on how to set it up safely.