Baird calls for UN probe of chemical weapons in Syria

OTTAWA -- There is no reason to doubt reports of chemical weapons being used in Syria, Foreign Affairs Minister John Baird said Friday.

But there still needs to be a formal inquiry, he said in an interview from London.

"We would like to see a full investigation by the United Nations," Baird said, noting that Canada has already pledged money to help the UN investigation, which has yet to be allowed into Syria.

Still, "there's no reason to discount or doubt what Israel and the U.S. are reporting," Baird said.

"Our intelligence community does assess, with varying degrees of confidence, that the Syrian regime has used chemical weapons on a small scale in Syria, specifically, the chemical agent sarin," the White House said in letters to two U.S. Senators.

While it is a fact that there are chemical weapons stashed in Syria, it is unclear who exactly has access to them, Baird suggested.

In the Syrian capital, a government official said President Bashar Assad's military "did not and will not use chemical weapons even if it had them." He instead accused opposition forces of using them in a March attack on the village of Khan al-Assad outside of the northern city of Aleppo.

Both sides have accused each other of the deadly attack.

Baird wouldn't say whether Canada would consider the use of chemical weapons as a trigger for international military involvement in the country.

President Barack Obama had previously declared the Assad regime's use of chemical weapons would cross a "red line" for a major military response, but the White House says a quick strike isn't imminent.

Canada is concerned about the reports and will work with its allies to determine a response, Baird said.

The war in Iraq hangs over the debate about whether the presence of chemical weapons in Syria should kickstart military engagement.

The U.S.-led military invasion there was predicated on claims that Iraq had a stockpile of weapons of mass destruction, a claim that was never proven.

Baird said the situation is not the same.

"There is no argument whatsoever that there are weapons of mass destruction in Syria, it's a fact," he said, adding there are more than a dozen known sites of sarin and mustard gas stockpiles.

"It's very different from Iraq."

The New Democrats also called this week for a full UN investigation.

"What we need to see is a validation of those reports," NDP Foreign Affairs critic Paul Dewar said late Thursday.

"We need to see the UN involved here and if it is the case where there were -- the reports are true, that there were uses of chemical weapons in these two instances, then the full prosecution of the international law. This is -- it would be a war crime."

Baird was in London this week for meetings of the Commonwealth ministerial action group, which is made up of nine foreign ministers.

The next Commonwealth summit is scheduled for this fall in Sri Lanka. The country's human rights record has prompted calls for a boycott and suggestions the meeting be moved.

"Sri Lanka should not be hosting," Baird said.

The ministerial meetings in London didn't address the issue formally, according to the final communique.

Prime Minister Stephen Harper has said he won't attend the gathering unless there are major reforms in Sri Lanka.

And Baird said because the November meeting is for heads of government, it would be up to the prime minister to decide if anyone at all goes to represent Canada. 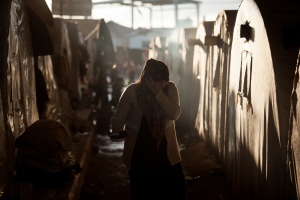