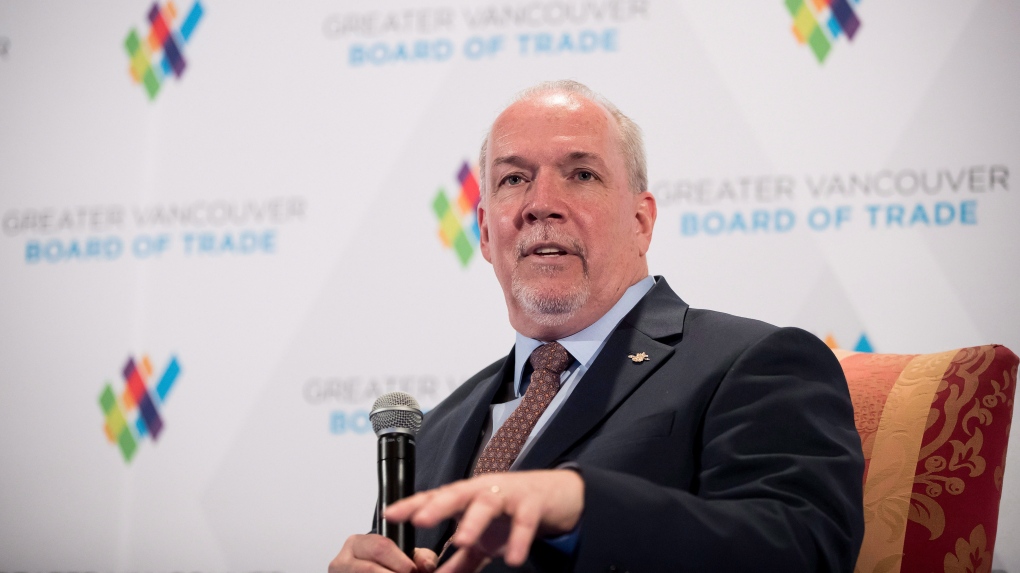 British Columbia Premier John Horgan participates in a question and answer session after giving a post-budget address to the Greater Vancouver Board of Trade in Vancouver, B.C., on Friday February 23, 2018. (Darryl Dyck/THE CANADIAN PRESS)

B.C. will stick to its legal plan to test its jurisdiction on environmental and economic grounds, he said Tuesday.

Alberta Premier Rachel Notley said last week her government will not stand for further delays on a project that is vital to her province and the rest of Canada. She promised to cut oil and gas exports if B.C. delays the pipeline.

"Ms. Notley can take care of business in Alberta to the extent that she believes she has to take on British Columbians," said Horgan. "That's her right. I would prefer to see people coming together. I would prefer that our federation was a co-operative one, a consensus driven operation, not a subservience federation."

B.C. retained lawyer Joseph Arvay this week to prepare a reference case in the courts to test the province's right to protect its land, coast and waters.

"I'm going to focus on the issues that matter to British Columbians, and they are within my jurisdiction," Horgan said. "I'm testing the jurisdiction of one of those issues right now through the courts."