B.C. NDP looks to rebuild as Adrian Dix to step aside as leader 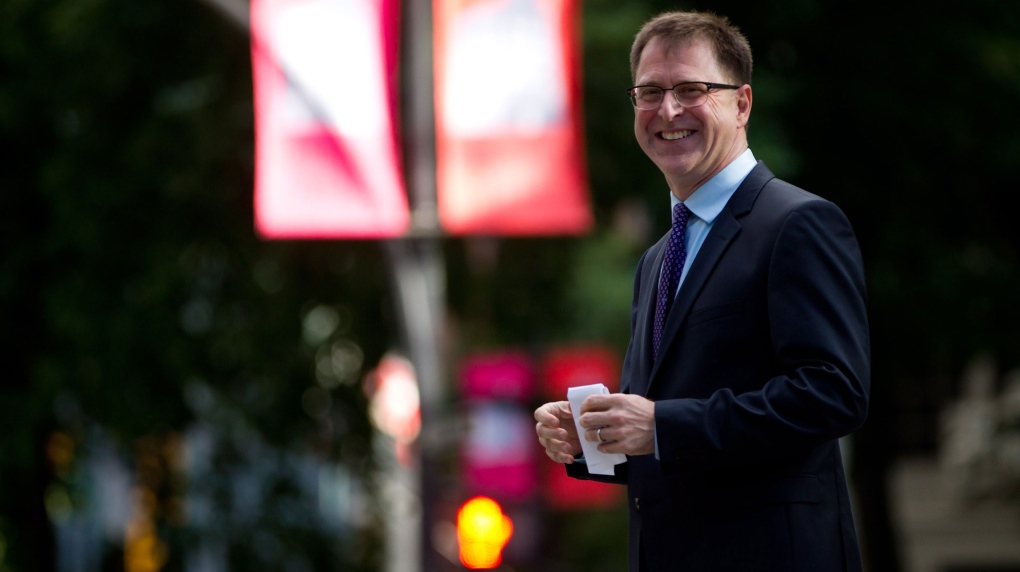 British Columbia NDP leader Adrian Dix leaves a news conference after announcing he would step down as leader of the party in Vancouver, B.C., on Wednesday September 18, 2013. (Darryl Dyck / THE CANADIAN PRESS)

VANCOUVER -- British Columbia's New Democratic Party Leader Adrian Dix has kicked off a renewal movement from within his wounded, left wing party with the announcement that he's leaving as leader.

The announcement also fired the starting gun in the leadership race to find his replacement.

New Democrats said Wednesday evening Dix's move allows the party to release the internal turmoil and emotions that have been building since the party's devastating election loss last May.

The NDP entered the campaign with a lead of almost 20 points in the polls but ended up losing a fourth consecutive election to the B.C. Liberals.

Dix said he, the party and the candidates worked tirelessly before and during the campaign, but came up short.

It was a defeat, he said, as leader, he must shoulder.

Columbia-Revelstoke New Democrat Norm Macdonald said Dix met with the NDP caucus shortly before publicly announcing he would leave as leader after a leadership contest.

Macdonald and several other NDP MLA's said Dix's decision to step down was an unselfish move in which he put the good of the party ahead of personal ambition.

"He explained to us that this was the best way forward and most people knew that he was approaching this from the perspective of putting us, as caucus, and the party's interests first over his own," said Macdonald.

He said Dix did the right thing by announcing he will step aside, but the announcement was bittersweet as the sting of last spring's loss remains.

"For us in caucus, we got used to seeing this guy stand up and deliver in question period," Macdonald said. "We got used to the hour-long speeches without notes. All of those things that made us really proud."

Port Coquitlam New Democrat Mike Farnworth, who said shortly after Dix's announcement that he will seriously consider a run at the leadership, said Dix opened the doors to what could become a freewheeling debate about the New Democratic Party.

"It will allow us to have a very constructive and positive convention in November," said Farnworth, the NDP's finance critic. "I think there's been uncertainty and members rightly want to know what are we going to do, where are we going and what is the direction of the party. Adrian today has gone a long way to dealing with that issue."

Dix, who was variously jovial and emotional during his announcement Wednesday, said he hopes a leadership vote will be held no later than the middle of next year.

He said he'll retain his Vancouver-Kingsway seat and run again while doing everything he can to support the new leader.

Speculation about what Dix would do had been swirling for months and he left the legislature in July saying he would take time to reflect on his political future.

But others within the party had been publicly calling for him to indicate his exit so the party could get on with the rebuilding process.

Afterwards, when the shock of the outcome had worn off, New Democrats began to publicly question the party's strategy during the campaign.

Dix announced a five-person review team that will report this fall on the election loss and strategies to ensure victory in 2017.

Recently, a group of New Democrats formed Forward BC NDP in an effort to send delegates to the November convention prepared to vote in a new party executive, including party president, and support party renewal from the grass roots up to the top power brokers.

But Forward BC NDP spokeswoman Sage Aaron said the group was focused promoting new thinking and new voices with the NDP and was not prepared to enter into a leadership contest.

Dix, who urged the party to stick together, is scheduled to deliver a speech today to the Union of B.C. Municipalities convention. The UBCM represents the province's municipal politicians and is always one of the largest political gatherings of the year.