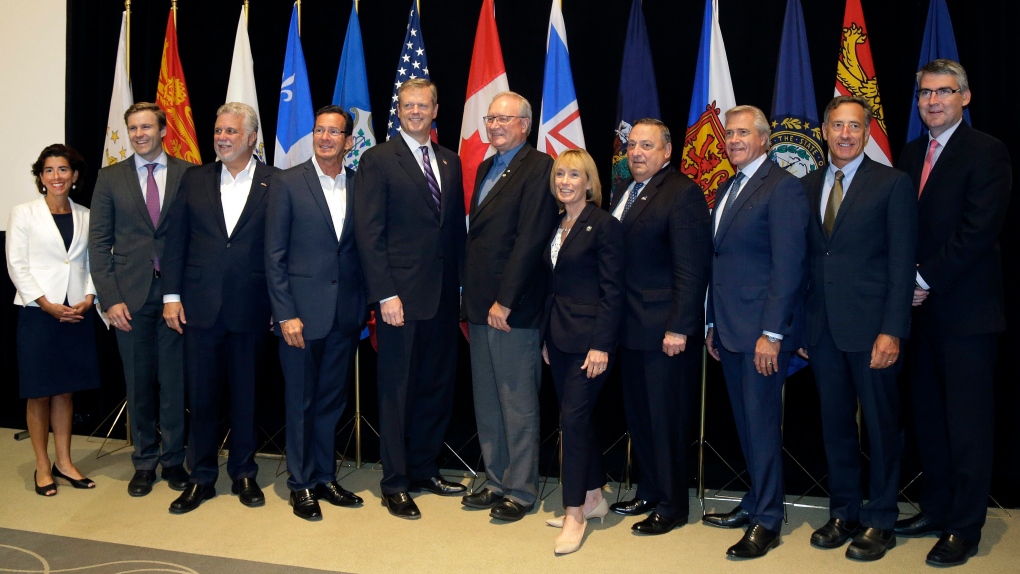 BOSTON -- The New England governors and Eastern Canadian premiers praised their working relationship Monday as they wrapped up an annual meeting in Boston that they described as a continuation of talks started last year on energy and climate change.

Prince Edward Island Premier Wade MacLauchlan said they expect to have a strategy ready by next year on how they can meet targets for greenhouse gas reduction.

"We intend for that work to continue at the officials level and it may well be that the governors and premiers will take some part in that between now and when we meet in 2017," he said.

Newfoundland and Labrador Premier Dwight Ball said he took the opportunity to promote the Muskrat Falls hydro project but the emphasis now is getting it completed.

"Our concern right now is to finish this project, get it on schedule, and to get it on budget as best we can," he said at the closing news conference.

Massachusetts Governor Charlie Baker said green energy from Canada will play a big role in helping to reduce the use of traditional power sources.

"We are currently in the process of working with our colleagues from Connecticut and Rhode Island on a three state procurement of hydro and wind from Canada, upstate New York and Maine which I think has the potential to help us to reduce our carbon footprint," Baker said.

The governors avoided wading too deep into the conversation about the upcoming U.S. election, instead emphasizing the strong economic relationship between the New England states and eastern Canadian provinces.

"The value of these relationships are much bigger than any one person," Baker said.

New Hampshire Governor Margaret Wood Hassan -- who is running for a seat in the Senate -- went a bit further, when asked specifically about Donald Trump.

"I do think it is fair to say that Donald Trump does not reflect the people or the ethos of my state," she said, adding that the election results should not impact the relationship between the states and provinces.

"The Canadian-American relationship is so strong, as you see represented here, when we remember what binds us together and what we have in common, we do great things together."

MacLauchlan said the premiers and governors will invite businesses from the six states and five provinces to next year's meeting in Prince Edward Island in an effort to generate more trade.

By Kevin Bissett in Fredericton