At least 40 current and former senators have received confidential letters from Auditor General Michael Ferguson about questionable expense claims, and one of them has been asked to account for more than $100,000, sources have told CTV News.

The senators were tight-lipped Tuesday when asked about the letters -- and whether they’ve been asked to pay back any money.

Sources said former Liberal senator Rose-Marie Losier-Cool has been asked to account for about $100,000. When CTV News contacted her by phone, she refused to comment and hung up. 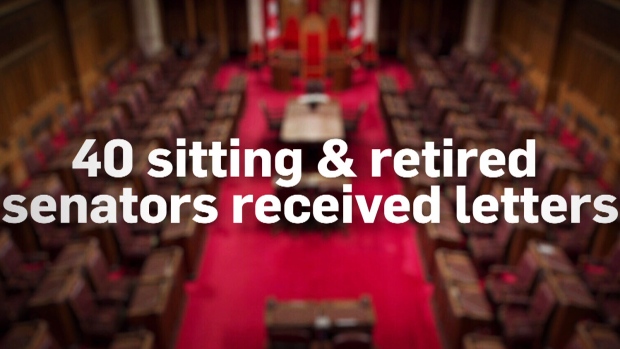 Other senators have quietly repaid the money.

“If a senator is found with a … simple mistake, a good-faith mistake, it’s his decision to reimburse or not,” said Conservative Sen. Claude Carignan, the government Senate leader.

Insiders said Conservative Sen. Dan Lang gave back money after auditors questioned a flight that appeared to be unrelated to Senate business, but he would not confirm that to CTV News.

“No I will answer for my audit when the audit is completed, just like I made a commitment to the auditor general,” he said.

“Well I think this is a decision that takes place between the auditor general and ourselves individually,” he said.

He repeated that comment when asked whether he had paid any money back.

Auditors are matching travel and expense claims with phone records. They’ve been combing through the expenses of 117 current and former senators who sat in the red chamber from April 2001 to March 2013. 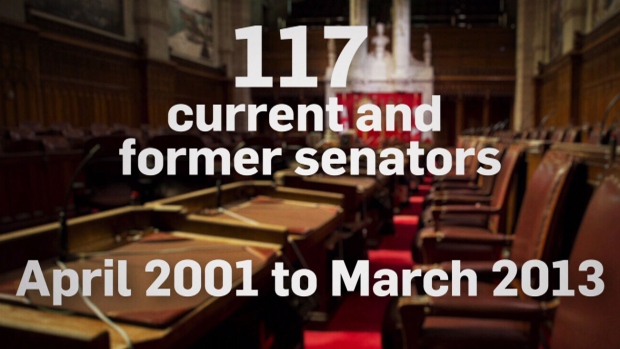 Sources said at least one Liberal senator, Pana Merchant, has been unwilling to co-operate, but she refused to speak to CTV News.

The auditor general’s office said its report would be released before the end of June.

It’s the first time in Canada’s history that the auditor general has done a complete forensic investigation into the money senators spend.

With a report by CTV’s Ottawa Bureau Chief Robert Fife