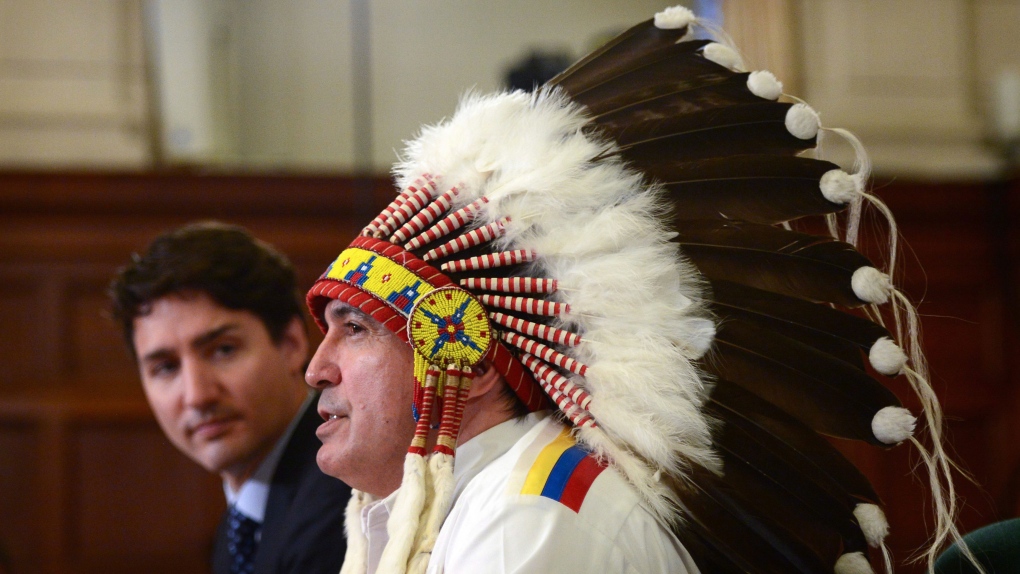 OTTAWA -- The Assembly of First Nations has filed a class action lawsuit against the federal government, seeking damages for First Nations children who it says have been discriminated against by the government's child welfare system.

The lawsuit was first reported by APTN's Brett Forester on Friday, and was confirmed in a release from the AFN on Wednesday.

“It did so by underfunding preventive care, perpetuating the historical disadvantage resulting from the residential schools. Canada breached its responsibility to our children and families, infringed on their Charter rights, and caused them real harm and suffering. We will always stand up for our children.”

The suit goes beyond the Canadian Human Rights Tribunal ruling in January 2016, which found the government was systemically discriminating against First Nations children on-reserve and in the Yukon through its provision of services.

Canada was ordered to pay $40,000 to First Nations children and their families who were denied services or wrongly apprehended.

The AFN's lawsuit is seeking compensation for an even larger group, broadening it to all those harmed by the system, including those not covered in the Canadian Human Rights Tribunal’s decision. Speaking to host Evan Solomon during an episode of CTV’s Power Play on Wednesday, Bellegarde explained that this was the main purpose of the new lawsuit.

"From 1991 until 2005, the CHRT's decision didn't deal with [that] group of individuals and children that went through the system. So our class action suit was comprehensive to deal with that group of people," Bellegarde said.

The government has already spent upwards of $8 million in legal fees in its efforts to fight the Canadian Human Rights Tribunal ruling, according to the Canadian Press.

The First Nations Child and Family Caring Society's Cindy Blackstock, who originally filed the human rights complaint alongside the AFN, obtained the documents through the Access to Information Act.

Vanessa Adams, a spokesperson for Indigenous Services Minister Marc Miller, told CTVNews.ca in an emailed statement that the government "fully” agrees that First Nations children who were harmed by government Child and Family Service policies must be compensated.

"We maintain focused on delivering fair and equitable compensation and hope the parties can work together so that we can continue advancing towards our shared goal of compensating children negatively affected by government policies," Adams said.

"We made a commitment and nothing about our commitment changes. We will continue to work with all relevant parties to ensure we make this right."